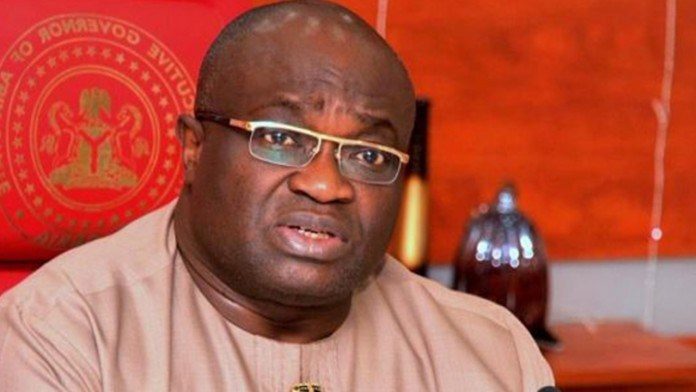 A group, South-south Emerging Leaders Forum (SELF) has asked the Ohanaeze Ndigbo Youth Council (ONYC) to stop doing the bidding of politicians for it to be taken serious, asking the Igbo youth group to name laudable achievement of the Abia state governor in the last four years.

The South-south group described as shameful for a youth group like Ohanaeze youths group to be defending a governor under whom development in Abia state has entered into a reverse gear.

Responding to a media statement credited to the ONYC and signed by one Maxi Okechukwu to attack the former Deputy National Publicity Secretary of the All Progressives Congress (APC) Comrade Timi Frank, SELF asked the Ohanaeze group to compare performances of the current Abia state governor to other South-east governors like Enugu and Ebonyi states in the last four years.

While justifying the comments made by Timi Frank against governor Ikpeazu’s trip to London with President Muhammadu Buhari, SELF, in a statement signed Wednesday in Abuja, by its national coordinator, Barrister Preye Wilson, said Abia state remained a glorified village under the current administration when compared to other South-east states.

SELF said instead of deploying their youthful energy in calling Timi Frank names, the Ohanaeze youth group should tackle the political activist on issue of development in Abia state.

“One wonders if Comrade Timi Frank has suddenly created job for the Ohanaeze youth group over his recent comments on the Abia state governor. One expect the ONYC to be interested in development of the region more than doing hatchet job of defending a non performing Chief Executive for a pot of soup.

“Timi Frank did not say anything derogatory against the real Igbo leaders. The outspoken activist only pointed out what’s wrong in Ikpeazu’s trip with President at a time his (Ikpeazu) party was going through a serious challenge because of the perceived injustice in Imo state, where a democratically elected governor was removed. Where was ONYC when this was going on?,” The South-south group asked.

The group continued: “With first tenure gone and some months into the second tenure, the issue of underperformance has been on the lips of Abians who daily lament the lack of progress in the development of the state.

“No matter how hard Ikpeazu thinks he is trying, something appears to be missing: the rapid transformational touch that makes a city to shine for all to see.”

According to the group, Ikpeazu himself acknowledged this much in his inauguration address when he took oath of office for his second tenure when the governor said: “an internal review of our processes were observed and we are now committed to make amends in areas we got it wrong.”

Making reference to some of the failures in Abia government, the group said: “The new government House which former governor Orji started at Ogurube layout has remained at the stage he left it. Today, Abia Government House is still domiciled in a rented premises.

“With no functioning street light, Umuahia becomes a cocoon of darkness at sundown thus economic activities grind to a halt much earlier than in the capital city of other states. Public water supply is still a mirage under Ikpeaza-led administration and the only thing ONYC could do is to allowed itself to be sponsored to defend a nonperforming governor. It is a shame.”