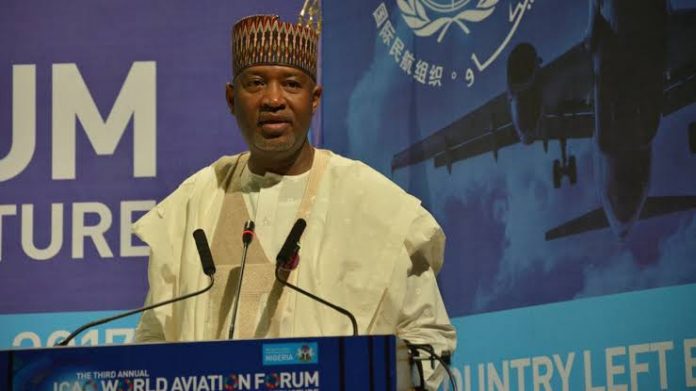 African Ministers of Aviation have described the much-touted proposal to impose vaccine passports for air travelers as unacceptable. They described it as discrimination against certain groups of population, especially on the African Continent which still has considerable number of its citizens who are yet to receive the vaccines.

They also described the proposal as going against the intent of the Chicago Convention on the need to preserve friendship and understanding, reduce threat to general security and establish international air transport based on equal opportunity, operated soundly and economically.

According to a statement by Director Press and Public Affairs, Ministry of Aviation, James Odaudu, the African Ministers Delegation’s position was made known Wednesday in a presentation to the ongoing International Civil Aviation Organization (ICAO) High Level Conference on Covid-19 in Montreal, Canada.

Nigeria’s Minister of Aviation, Senator Hadi Sirika who made the presentation on behalf of his colleagues recommended that rather than imposing vaccine passports, States party to the Convention on international civil aviation should continue to minimize the risks during travel by ensuring compliance with existing multinational treaties, international frameworks, guidelines, and recommendations.

Sirika, on their behalf, also recommended that Human rights, regional/continental/global health security, economic growth, social cohesion, and good international relations, and use of innovation and technology worldwide to harmonize requirements should be promoted, while transmission of critical information across borders related to public health issues such as COVID-19 and coordination among key players should also be considered.

He also stated that African nations frowned at States imposing unilateral measures of global nature related to public health and asked such states to refrain from such practices and instead take measures that would facilitate the reopening and reconnection of the world.

“There is a clear onus on both public and private stakeholders, to take full measure of the dire circumstances now facing the air transport sector, and to ensure sufficient operational sustainability. These actions are critical to make sure that the world is adequately reconnected, as aviation plays a critical role in the global economic recovery and achieve the realization of the goals of both AU Agenda 2063 and UN Agenda 2030 for sustainable development”.

On the general strategies for recovery, Sirika said: “the global distribution of emergency and humanitarian supplies including the vaccines will no doubt depend on an economically viable aviation system. Aviation is also capable of stimulating recovery and growth of global economy by acting as an enabler and multiplier of economic activity”.

“Considering that the global aviation industry operates as an interconnected ecosystem, it is therefore imperative that all the States of the world implement the ICAO Council Aviation Recovery Taskforce (CART) recommendations and guidance, which are based on the latest development of the COVID-19. ICAO, in collaboration with relevant stakeholders, is required to bring to maturity in short term a consensual modality for establishment and deployment of a global health passport as well as the specification of infrastructure (soft/hard) and training of professionals”.

“As well captured by the Preamble of the Convention on International Civil Aviation (Chicago Convention, 1944), there is an important need to develop international civil aviation to preserve friendship and understanding, reduce threat to general security and establish international air transport based on equal opportunity, operated soundly and economically.

“It is worth noting that the WHO Strategic Advisory Group of Experts on Immunization (SAGE) Roadmap for Prioritizing use of COVID-19 Vaccines in the Context of Limited Supply, acknowledges that there is still a limited supply of vaccines and puts forward seven key assumptions regarding vaccines. This further strengthens the fact that vaccines are still not widely available to all world regions, particularly Africa”.

“It is also important to note that the African Union-led initiative of Safe Reopening of Borders to Save Lives, Economies and Livelihoods in Africa has conducted detailed work including a call to action that recognizes that the COVID-19 vaccine rollout will be uneven in all its Member States, while conscious of the progress made in science on the same’.

He also disclosed that two continental joint meetings of African ministers responsible for health, ICT and transport have been so far organized, with the second joint meeting rolling out the African campaign Against COVID-19: Saving Lives, Economies and Livelihoods endorsed on 20 August 2020 by the Bureau of the Assembly of the African Union Heads of State and Government with chairpersons of the Regional Economic Communities of the African Union.

The meetings, according to him, charged African countries to work together towards harmonizing travel entry and exit requirements, and to increase mutual recognition and cross-border information exchange for enhanced surveillance.

“It is worthy to also note that at Regional level Nigeria hosted on the 17th of March 2021 Nigeria hosted a virtual High- Level Ministerial meeting on Enhancing Air Transport Connectivity and Growth in West Africa. The event, which was organized with support from International Partners for Aviation Development, Innovation and Sustainability, (iPADIS) ICAO Dakar Regional Office and the Economic Community of West African States (ECOWAS) was meant to reimagine, revitalize and retool the aviation system in region to meet present and future challenges, within the contest of the impact of COVID-19 pandemic”.
According to Sirika, the outcome of this high-level Ministerial meeting in Nigeria, which also reassessed the role and contribution of civil aviation to the region’s economic growth, social progress, and integration, as well as the overall sustainable development, was the development of a Plan of Action.
He therefore called on ICAO to support the African region in the implementation of this Plan of Action.