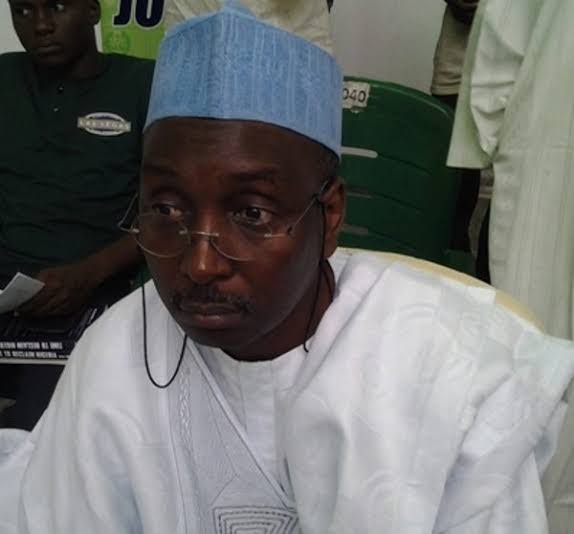 Lukman, in a letter to Buni, dated 11th August, 2020, however revealed what he called a plot to create situations whereby the immediate past national chairman Comrade Oshiomhole is forcefully made a contender for the position of the National Chairman at the forthcoming extra ordinary APC national convention.

Lukman said with the resolution of a very difficult leadership crisis in the APC, which began during the 2019 general elections and was only resolved at the emergency NEC of June 25, 2020, the atmosphere in the party is still held hostage by the cloud of pro and anti-Oshiomhole mindset.

“Just like before the June 25, 2020 emergency NEC, issues of Edo State are dominating public discussions and considerations of issues concerning the party. This is being foisted on the party as a strategy to weaken the initiative of the Caretaker Committee from taking steps that could facilitate the resolution of the leadership crisis through ensuring that the forthcoming Extra Ordinary National Convention to elect a new National Chairman and other members of National Working Committee for the party different from Comrade Adams Oshiomhole is blocked.

“In other words, everything is being done to ensure that the internal politics of the party is manipulated to create situations whereby Comrade Oshiomhole is forcefully made a contender for the position of the National Chairman at the Extra Ordinary APC National Convention.

“Ordinarily, this should not be a problem. However, given that unacceptable strategies are being deployed to blackmail and bully all leaders of the party to make Edo election the only priority of the party makes it very disturbing. Even more disturbing is the clear indication that Comrade Oshiomhole and section of the APC leadership that is working with Comrade Oshiomhole are not preparing to approach the Edo election based on fair contests. Not even the request of President Muhammadu Buhari for ‘a transparent process so that the confidence of the people will be strengthened’ is guiding the management of the Edo campaign.

“Everybody in the APC is being blackmailed to accept the way the Edo 2020 Governorship campaign is being organized as the best way to win the election under the control of Comrade Oshiomhole. This is wrong and in the long run it will be injurious to the electoral viability of the party. The issue of Edo election and its management therefore needs to be reviewed by our party. Unfortunately, given the way that the Edo state Governorship campaign has become a tool of blackmail in the hands of Comrade Oshiomhole, even internal party consultations to roll out initiatives towards moving the party forward seems to be slow. In the circumstance, the old crisis of leadership has continued to hunt our leaders, and everyone is forced to continue operating with the old mindset, with no end in sight. This is most unfortunate and a complete disservice to the effort of President Buhari to broker resolution of the leadership crisis facing the party.”

Lukman appealed to the committee to take every necessary step in order to achieve reconciliation and peacebuilding in the party.

According to him, some of the steps required include encouraging internal debate without intimidating members who hold divergent or dissenting views from those held by leaders, adding that leaders should be accommodating to criticism.

Other steps are; “Convening a dedicated session of the National Caucus to review 2019 General Election, including Kogi, Bayelsa elections and now preparations for Edo and Ondo Governorship elections.

“Convening a NEC meeting to consider and approve proposed activities of the Caretaker/Convention Working Committee up to the Extra Ordinary National Convention.

“Commencing processes of Membership Recruitment/Verification, leading to Reformation of Leadership of the party from Wards, Local Government, States to the Extra Ordinary National Convention; and setting up Constitutional Review/Amendment Committee, which should be able to submit proposals for review/amendment of the APC constitution.

“In fact, the business of the forthcoming Extra Ordinary National Convention risks being marred with leadership dispute as the high current of 2023, which is already rearing its heads in the debate around initiatives which should drive processes leading to Extra Ordinary Convention could undermine any attempt at consensus building leading to the emergence of the new leadership. Once efforts toward consensus building fails, the possibility of failed contest and new rounds of conflict should be expected.”

He said the caretaker committee has to do an introspection on all the fault-lines in the party, which are the cause of leadership crisis in the party especially when elections are approaching.

Other recommendations to the committee are “examining in the context of those fault-lines, how to broker minimum leadership consensus;

“Urgently engendering commitment of party leaders at all levels to implement measures to strengthen mechanisms to make structures of the party functional and effective in considering and resolving internal leadership disputes; and examining the conflict and resolution mechanisms within our party and to develop a programme that improves on the current dispute resolution processes.”