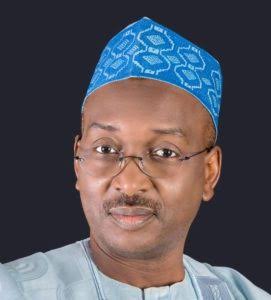 Director General of the Progressives Governors Forum (PGF) and a chieftain of the All Progressives Congress (APC) Salihu Moh. Lukman, has raised an alarm that the ruling party was collapsing with no leader in charge.

The PGF boss, however, called on President Muhammadu Buhari to intervene and ensure urgent National Executive Council (NEC) meeting, to be followed by a national convention.

In statement made available to newsmen Thursday in Abuja, Lukman said “is very clear we need an organ transplant by way of replacing the members of the current NWC who constitute the problem.

“That the All Progressives Congress (APC) is having leadership crisis is no longer news. What is news now is that the party is collapsing with no leader in charge. Following the Appeal Court ruling sustaining the suspension of Comrade Adams Oshiomhole as the National Chairman of the party, late on Monday, June 16, 2020, members of the National Working Committee (NWC) of the party started making disparate claims as to who is the Acting National Chairman. It is as if the party doesn’t have a constitution or those who operate the constitution are either ignorant of its provisions or have decided to set aside the constitution and just embark on a free for all fight. Yet, APC is the ruling party in Nigeria.

“Is it possible for a ruling party in control of the federal government, with President Muhammadu Buhari who is incontestably the moral leader, not to be able to resolve a matter as important as who preside as the National Chairman of the party? How can a party so blessed with experienced and very skillful leaders such as Asiwaju Bola Ahmed Tinubu, Chief Bisi Akande, Chief Ognonnaya Onu, Chief Tony Momoh, etc. be incapable of resolving the problem of leadership vacancy? With twenty Governors and in control of the National Assembly leadership producing the Senate President and Speaker of the House of Representatives, shouldn’t that serve as a source of strength to be able to solve any leadership dispute in the party, no matter how complex?”

The statement titled “Old Ambition-Virus 2023: Why a meeting of NEC is the solution,” Lukman said the situation APC finds itself is very traumatic for every member.

“By extension, the inability of the party to find solution to the leadership crisis makes it also traumatic for all our leaders including those of them who today serve as the face of the crisis – Comrade Oshiomhole, Chief Eta, Chief Gaidom and their accomplices in and out of the NWC. What makes the situation more frustrating is the reticence of President Buhari in the face of what obviously could damage the legacy he will bequeath to the nation. While, we must celebrate the fact that his leadership style is required to ensure that the party is managed independently and therefore made possible for the exercise of supremacy of the party based on decisions of organs, “old ambition-Virus 2023” may have weakened the capacity of the party to benefit from the commendable leadership approach of President Buhari.

“This is a sad return to all the dastardly known political credentials of the predecessor ruling PDP, which APC is expected to have destroyed. Why should this be happening under the watch of all our leaders who inspiringly led us painstakingly to produce APC and defeat the PDP in 2015? With the manner Sen. Ajimobi is being dragged into being one of the disputants, all APC members and patriotic Nigerians must call our APC leaders to order. In particular, President Buhari and all APC leaders who are vested with the responsibility of assisting President Buhari to move this country forward, should focus in directing the affairs of the party towards convening a NEC meeting to commence the process of curing all our leaders of “old ambition-Virus 2023” as diagnosed by Asiwaju Tinubu in March 2020.

“Beyond President Buhari and Asiwaju Tinubu, our leaders, Vice President, Senate President, Speaker of the House of Representatives, Governors, Asiwaju Tinubu, Chief Akande, Chief Onu, Chief Momoh, etc., all of them individually, should demonstrate the needed sensitivity and commitment to resolving this matter. APC must not be allowed to turn into a Frankenstein monster that will destroy our leaders and pollute our democracy. The capacity of our leaders to resolve this crisis is never in doubt. The issue is how speedily? A stitch in time, saves nine!

“Noting that the PDP was largely plunged into crisis by a garrison styled leadership, which is the direct opposite of President Buhari’s approach, our current crisis may suggest wrongly that having a liberal President who provides free atmosphere to the party is responsible for the crisis facing the party. This will be a very wrong conclusion. However, the question is, what further measures could be required from the President in order to ensure the emergence of a good synergy between him (President Buhari) and the party? What may be apparent is that “old ambition-Virus 2023” sickness afflicting other leaders as diagnosed by Asiwaju Tinubu in March 2020 may block support to the President to resolve the crisis.

“Does the current APC leadership crisis therefore suggest declining moral authority of our two leaders? It is very easy to reach conclusions. However, what is of interest to all party members, and by extension other well-meaning Nigerians, is what will be required to re-energise the moral authority of President Buhari and Asiwaju Bola Tinubu and direct it properly to resolve current and future leadership crisis in the party.”