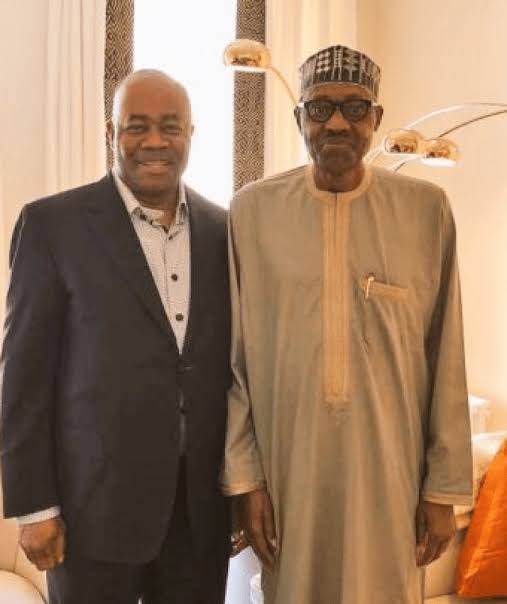 The Ward executive of the All Progressives Congress (APC) in Ukana West 2 have unanimously passed a vote of confidence on President Muhammadu Buhari, Senator Godswill Akpabio and other leaders of the party.

Eearlier, the party leaders in Akwa Ibom had declared Akpabio as the authentic leader of the party in the state.

the affirmation was contained in a communiqué signed on behalf of other stakeholders by the former military administrator of Ogun and Rivers states and national caucus member of the party, Group Capt. Sam Enwang (rtd).

But according to a statement released to newsmen on Wednesday by the ward leaders, the decision to pass vote of confidence in the party leaders at different levels, is to spur and continue to encourage them to use their leadership positions in the party to develop, direct and move Nigeria forward; having witnessed numerous laudable programs initiated by the administration since 2015.

The ward leaders listed the 774,000 Special Work creation for the youths, N-power, recent commissioning of NDDC headquarters and on-going construction work on the East-west road aimed at positioning and connecting the Niger Delta regions and stimulate economic ties among states within and outside the region.

“The APC ward executive of Ukana West 2 in Essien Udim Local Government Area is delighted and happy with the appointment of their son and leader, Senator Godswill Akpabio into the Federal Executive Council, as Minister for Niger Delta Affairs, by our amiable President, Muhammadu Buhari, which has enabled him to continue to contribute his quota to the development of the Niger Delta and Nigeria.

“We, therefore, reiterate our unalloyed support for President Buhari, as he strives to deliver dividends of democracy to Nigerians.

“We also charge our son and leader, Senator Akpabio to continue to support the plans of Mr President for the region, because as a former governor of the state he showed the capacity and experience on how to get things done in the region. It was the president’s support and backing for our son that led to the historic commissioning of the abandoned NDDC headquarters in less than 2years in office.”

The vote of confidence, the party officers stressed, “is for our son and leader to continue in your legacy of leadership delivery, and we are solidly behind you.”