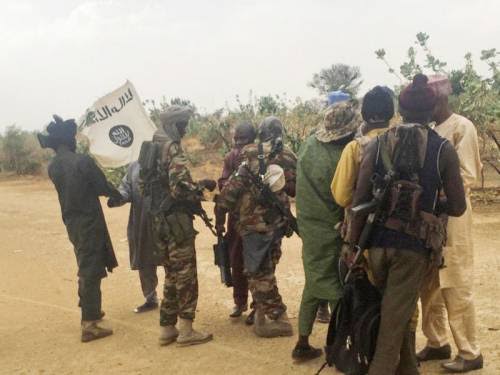 The Northern Security Crusaders (NSC) have warned sponsors and promoters of banditry in the northwest to desist from the act or risk being named and shamed.

The group also saluted the Chief of Army Staff (COAS), Lt. Gen. Tukur Buratai for once again raising up to the occasion with an aggresive approach despite conspiracy from some high-ranking Nigerians.

Scores of bandits have been killed while many others captured barely two weeks since the ‘Operation Sahel Sanity’ was launched in Katsina.

However, the Northern Security Crusaders believe some prominent politicians are already frustrating the efforts of the troops.

In a statement signed by its Director of Media and Strategy, Abubakar Usman, on Friday, the group warned these promoters and sponsors of insecurity to quit their nefarious activities or face the consequences.

Amidst the blackmail, NSC hailed the COAS’ impactful leadership which it said has led to the successes of the various military operations across the country, most recently in the northwest.

While expressing total support for the troops, NSC called on all patriotic citizens to do likewise in their quest to address politically motivated acts of criminalities.

The Northern Security Crusaders having extensively analyzed the situation of things in Nigeria with regards to the efforts of the Nigerian Military in curbing the activities of terrorist and bandits across the country herby makes the following statements:

We wish to call on the politicians and sponsors of banditry in North West Nigeria to desist from their nefarious activities and know that the citizens of Nigeria are united behind the Nigerian Army and other security agencies to defeat the menace of banditry and other acts of criminalities.

This position of ours is hinged on the fact that the efforts of the Nigerian Military have been outstanding despite the various conspiracies against the success of the campaign of ridding Nigeria of criminal elements.

We are aware of the various innovations introduced by the Nigerian Army in its operations in North-East Nigeria such as the Super Camp Strategy, Operation Safe Corridor, and most recently Operation Sahel Sanity to eliminate banditry in Katsina, Zamfara, Kaduna, Kebbi, Sokoto and Niger States.

It suffices to state that the bulk of the issues in the security sector in Nigeria are fuelled by agents of destabilization and political enemies of the country who are hell-bent on causing a crisis of imaginable proportion through the sponsorship of acts of banditry and other forms criminalities across the country in fulfillment of their political agenda of making the country erupt in flames.

The Northern Security Crusaders states in unequivocal terms that indeed the Nigerian Military has lived up to expectations in addressing the various security threats in North-East Nigeria and other parts of the country.

This is indeed commendable and an indication that the leadership of the Nigerian Military has provided that sound and responsive leadership needed in this critical point of our existence.
The Northern Security Crusaders wishes to thank the Chief of Army Staff, Lt. Gen. Tukur Buratai for the decisive and impactful leadership he has availed the Nigerian Army since his appointment which is indeed responsible for the successes of the various military operations in North-East Nigeria and other parts of the country.

There is no element of doubt that the Nigerian Army is more than committed to preserving the territorial integrity of Nigeria and this much is an indication that with the support of all discerning Nigerians it would achieve more success.

The Northern Security Crusaders is thereby calling on all patriotic citizens in Nigeria to extend their support to the Nigerian Military in their efforts at addressing the politically motivated acts of criminalities in Nigeria.

It must be stated that enough is enough for those individuals and organizations that are against the interest of the country. And this much the generality of Nigerians must come to terms with in the overall peace and progress of the country.

The Northern Security Crusaders is using this medium to extend its support to the Nigerian Military in its quest to make Nigeria habitable for all regardless of our religious and ethnic affiliations.  This is indeed a call to duty.