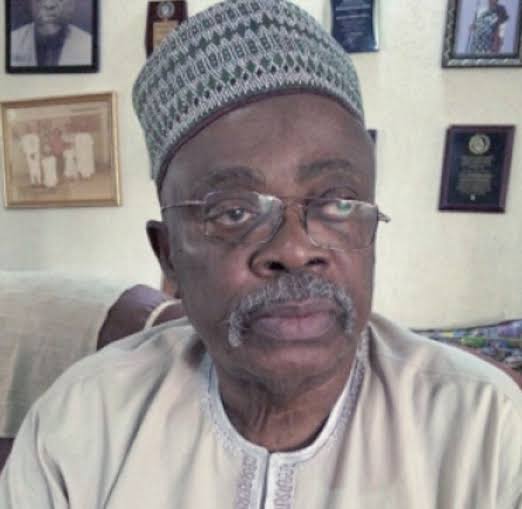 A former Commissioner of Police in Lagos State, Alhaji Abubakar Tsav, has cautioned Nigerian editors over the implication of fake news as it concerns the war against terrorism.

Mr. Tsav made this known on Thursday in a letter titled “winning the war against insurgency and the role of a patriotic press” and addressed to the Nigerian Guild of Editors.

According to the elder statesman, journalists are rather promoting insurgency, than supporting the military despite remarkable gains.

As partners in progress, he revealed that the media have a great role to play collectively in winning the final war against Boko Haram.

While it will take a battalion of armies about a year to bring an entire nation down, Mr. Tsav reckoned that the pen requires just a second to pull down a whole nation.

Hence he wants journalist to be cautious in reporting insurgency, so not to, in a way, promote terrorist propaganda.

For this to be achieved, however, the ex-Police chief believes the Nigerian Guild of Editors must be actively involved, blocking mischievous reporters influenced by unscrupulous power monks from compromising our national security.

My Dear Nigerian Guild of Editors.

I extend my warmest regards to members of Nigerian Guild of Editors (NGE). Same to every Nigerian wherever he is resident now, whether in Southeast, Southwest, North Central or Northeast. I appreciate our unbreakable fraternity whether in our offices, our homes in the city or villages.

I am an elder statesman and proud to be a Nigerian with vast knowledge on security issues. I spent my youthful to adult age, serving my country in the Nigeria Police Force (NPF) diligently, loyally, patriotically and faithfully for 35 years before I retired.

I finally retired as the Police Commissioner, Lagos State. And sometime, years back, I acted as the MILAD of Sokoto state. It therefore means I have vast experience in security matters. It is what nobody can take away or derobe from me, until I answer the final call of Almighty Allah.

In this capacity, I have presented papers at Media seminars, workshops and conferences locally and internationally in the course of my working schedules in serving Nigeria. I have mainly interrogated security experts, top Government officials and other professionals on security matters.

And in all, I have always projected and promoted the view that much as the media must perform it’s constitutional responsibility as watchdogs of society; there must be some restraint when it relates to national security issues. We must be mindful not to incense the public to react violently in a nation under serious insecurity threats by our reportage or might of the pen.

We have insecurity threats that have threatened the very foundations of our robust lives and peaceful co-existence. These issues have gravely impeded us in dimensions we can only recollect in regrets. We need to be careful in the manner scenes at the battlefield are reported by the media.

By our actions or inactions and in most of the reports I have read on the ongoing clearance operations in Nigeria’s Northeast against Boko Haram/ ISWAP terrorists, it means journalists are rather promoting insurgency, than helping Nigeria and the global community overcome it. We are all affected this badly!

When you read through some media reportorials on the military’s counter- insurgency operations in Nigeria’s Northeast, one gets angered that our journalists are rather supporting the atrocities of terrorists against Nigeria. Let me point it to our editors that a variant of terrorism is called, cyberspace terrorism. It’s more dangerous than even the trench battles with insurgents.

We should not posture very eagerly in promoting terrorists propaganda on triumphs over violent raids of our communities. And most times, it’s fake news, crafted to service the ego of their foreign paymasters and sponsors from other foreign nations. Whatever happens, I plead that restraint should be observed by war correspondents on reporting insurgency in Nigeria.

I say this because the reports of some war correspondents, reporting the insurgency conflict in Nigeria’s Northeast, drape and yawn with un-patriotism, disloyalty and pandering to the overt pleasantness of the reporters to insurgents and their paymasters.

Honestly, the Nigerian media has no reason to play this card, when their country is under the fumes of Boko Haram/ ISWAP terrorism. It’s unfair to all of us. And I dare say, such excesses from inexperienced and excited reporters on the field must be checkmated by editors manning the security desk in the media Houses.

Let me remind all of us that we have a duty and a price to pay for the peace of our nation. We cannot shirk from it, under the illusion that it is the responsibility of the Military, Airforce, Navy, the Police or other uniformed men and women.

On security, we are all partners in progress with the Military and other para-military organizations. We have a great role to play collectively in winning the final war against Boko Haram insurgency Your pen, arrow, cudgels are very important, much as conventional weaponry in this battle. Let’s not leave anything to chance.

Of course, I don’t want to dispute an ancient scholar, Edward Bulwer Lytton, who said, “The pen is mightier than the sword.” Today, he is countered empirically in the dynamism of other equally sound scholars that bombs are mightier than the pen! So, must we toe this line of thinking to self-destruct?

So, the pen can either mitigate or inflate the atmosphere of war where Nigeria has found itself in the current counter-insurgency operations against Boko Haram/ISWAP terrorists. I believe, the pen can do incalculable damage when deployed wrongly.

Whilst it will take a battalion of Armies about a year to bring an entire nation down, it will take the pen just one second to pull down a whole nation.The pen can also build the nation. The pen defeated tyranny in the past, even in Nigeria and brought us democracy.

I want to believe the pen can still humble Boko Haram/ISWAP terrorists, if only we deploy it patriotically. We should not be more excited in promoting Boko Haram/ISWAP devilish atrocities and horrendous crimes against Nigerians and humanity generally.

The Nigerian Guild of Editors must assist us in this battle. They should deploy their intelligence to block mischievous reporters from compromising our national security, especially in the traditional media, who are influenced by unscrupulous power monks.

I am worried because the traditional media’s specific recent publication of a glaring falsehood that 17 soldiers were killed by Boko Haram/ISWAP terrorists in Gwoza/ Bama/ Pulka axis and others has been exposed by concrete evidence as fake! This should prick the conscience of editors who allow such flawed scripts from reporters to qualify for publication and public consumption.

Nigerian Guild of Editors! Please, do us a fact-check each time your reporters in the Northeast send news to you from the frontlines. Verify and ascertain the truthfulness of the story on your desk before going to press. And in such circumstances of overtly partial news in support of terrorists, Nigerian troops are not only discouraged, but their morale is demoralised.

Nigerians should know that if we lose the war to the insurgents, it is partly because the media failed us. If we win it, it is because the pen, a very strong weapon in warfare supported us. We should not use the pen in our hands against ourselves.

I thank all security agents for their wonderful job and most warmly, you the media.