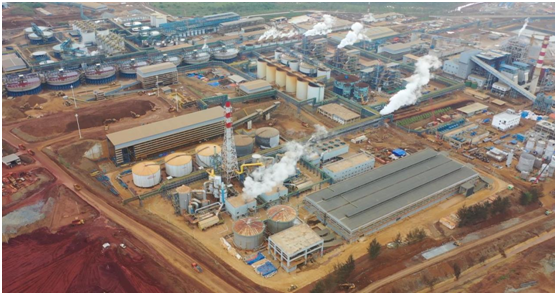 By Wang Junling
Chinese multinational technology company Lenovo put into use a manufacturing base in Hungary in June this year, which is able to produce over 1,000 customized servers and 4,000 customized work stations per day.
Each production line of the plant is run by 20 to 30 employees and delivers a server every minute.
“This plant is one of the largest overseas manufacturing bases of Lenovo and the first one owned by the company in Europe. Relying on the unique geographical location and convenient transportion of Hungary, it significantly improves our supplying efficiency for European customers. The plant has created over 1,100 jobs for local communities, of which 60 percent are taken by females,” said Guan Wei, senior vice president of Lenovo and head of the company’s global supply chain.
This is a miniature of Chinese enterprises investing in foreign countries.
According to a report jointly issued by China’s Ministry of Commerce (MOFCOM), the National Bureau of Statistics and the State Administration of Foreign Exchange, the country’s outbound direct investment (ODI) increased 16.3 percent year on year to $178.82 billion in 2021, ranking among the world’s top three for ten consecutive years. By the end of 2021, China’s ODI stock stood at $2.79 trillion, ranking among the top three globally for five consecutive years.
The report said China has maintained its position a major foreign investor over the recent years, and seen a constantly optimizing investment structure and satisfying win-win results.
“The report shows that as the world’s second largest economy, China is investing in a wide range of fields in a number of foreign countries, especially in the high-tech sector. This will help maintain the stability of the global division of labor,” said Wan Zhe, researcher at the Belt and Road School of Beijing Normal University.
While actively joining the overseas market, many Chinese enterprises have given full play to their advantages and deeply integrated themselves into the local development.
The rapid development of new energy vehicles and consumer electronics has constantly expanded the market demand for nickel in recent years. Trying to grasp the opportunity, Lygend Resources & Technology Co., Ltd. based in Ningbo, east China’s Zhejiang province, launched cooperation with an Indonesian company in 2018 and started building a nickel smeltery and a supporting power plant on Obi Island, Indonesia. In just a few years, a huge production base that includes a power plant, a port and living quarters has taken shape.
A polymeric additive plant invested by Chinese company Sennics Co., Ltd. was put into operation in the Rojana Industrial Park in Chon Buri province, Thailand in May this year. The plant, producing 25,000 tons of rubber antioxidants each year, is the first one in Southeast Asia that manufactures the product. Besides, it also provides convenient localized services for the production bases in Southeast Asia of its customers on the lower stream of the industry.
Chinese enterprises, relying on their outstanding performance in expanding employment and taxation, providing quality products, environmental protection, fulfilling social responsibility and enriching cultural exchanges, have continuously expanded their “circle of friends” and intensified cooperation with foreign partners.
MOFCOM statistics indicated that China’s non-financial ODI reached 627.4 billion yuan ($87.6 billion) in the first 10 months of 2022, up 10.3 percent year on year. The country has been seeing more and more favorable factors under the trend of open development.
Policy support for Chinese enterprises exploring overseas market is strengthened. China has issued a regulation on the management of enterprises’ overseas investment, held promotional events and forums on international capacity cooperation and jointly built industrial parks with other Belt and Road countries.
Chinese enterprises themselves are also actively exploring new models of doing business overseas. Some of them have acquired equity of prospering overseas companies, soon integrating themselves intensively into the overseas market.
ForJavier Perea, CEO of the Spanish construction engineering companies Empresarios Agrupados Internacional, S.A. and Ghesa Ingenieriay Tecnologia, S.A., the fifth China International Import Expo was an opportunity to both exhibit his companies’ services and “go home,” as the two companies he manages were purchased by the China Energy Engineering Corporation in early 2020.
“The purchase was a great opportunity for us and significant for the designing and consulting services in the energy engineering sector. We will jointly bring our advantages into full play and help our clients achieve sustainable development,” he said.