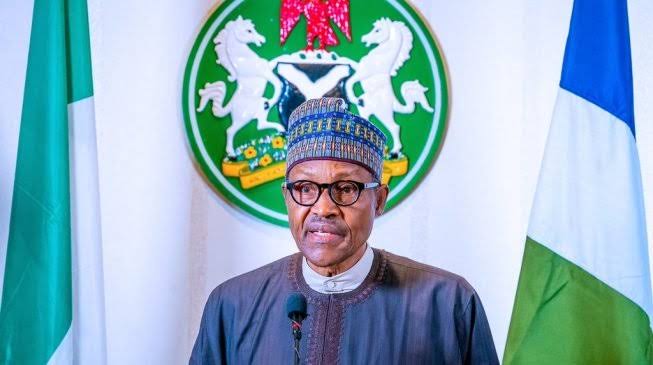 The Young Political Leaders Forum of Nigeria (YOLN) has praised the Nigerian Army’s incredible exploits in the war against terrorism.

The group made this known in a letter signed by its President, Prince Timothy Atuluku, to President Muhammadu Buhari on Thursday.

According to the political leaders, Nigeria would have been consumed by the Boko Haram insurgency had the president and the gallant troops of Operation Lafiya Dole, led by Chief of Army Staff, Lieutenant General T.Y Buratai not intervened.

The group stated that but for the coming on board of Buhari’s administration, Nigeria would have become the mockery of the world.

The leaders, thus, hailed the sterling leadership of Mr President and his COAS which indeed filled the leadership vacuum over the years to prosecute the war against terrorism has been phenomenal.

The political leaders, however, assured the president and COAS that Nigerians are behind them in the quest to wipe the Boko Haram insurgents in North-East Nigeria.

LETTER OF COMMENDATION IN THE WAR AGAINST TERRORISM IN NIGERIA

The Young Political Leaders Forum of Nigeria brings its warmest regards to the President and Commander-in-Chief of the Armed Forces for the sound leadership in the country since 2015.

We wish to state that, but for the coming on board of your administration, Nigeria would have been consumed with the myriad of challenges confronting it chiefly the Boko Haram insurgency in North-East Nigeria.

Mr. President may wish to recall that upon assumption of office in 2015, the military hierarchy was relocated to North-East Nigeria. That singular act indeed set the country of the path of progress with regards to the war against terrorism in Nigeria.

Mr. President may also wish to recall that the appointment of Service Chiefs in the country was indeed the game-changer in the sense that the various Service Chiefs hit the ground running and Today the multiple successes recorded in the war against terrorism is evident for all and sundry to see.

We are more than appreciative of the operations of the Nigerian Military in North-East Nigeria and other parts of the country. We wish to exbeen consumed with the myriad of challenges confronting it chiefly the Boko Haram insurgency in N

Mr. President, you may wish to know that the overwhelming votes by Nigerians in the 2019 elections are in recognition of the outstanding show of commitment to the war against terrorism that has yielded tremendous results over the years.

The Young Political Leaders Forum of Nigeria indeed states that the confidence reposed by Nigerians has not been betrayed by His Excellency and hence this letter of commendation, as well as appreciation to our loyal and committed troops that have continued to do the country proud.

We wish to state that in the annals of our democratic experience since 1999, Nigeria has never gotten it right like now when our country is indeed blessed with a leader that has exhibited sincerity of heart and purpose and also a leader that has shown significant commitment towards setting Nigeria on the path of greatness among the comity of nations.

Mr. President, it must be stated that your sterling leadership has indeed filled the leadership vacuum in Nigeria over the years, and your commitment to prosecuting the war against terrorism has been phenomenal.

The Young Political Leaders Forum of Nigeria also commends the efforts of the Chief of Army Staff, Lt. Gen. Tukur Buratai. He has led the Nigerian Army with utmost professionalism and dedication in the discharge of his duties.

Mr. President, you may wish to be informed that the Chief of Army Staff has led the troops in battle in an exemplary manner that has seen the activities of the Boko Haram terrorist group confined to the fringes of the Lake Chad in absolute disarray and with nowhere to run to.

The sacrifices of our troops have indeed been felt in all nook and cranny of Nigeria, and this is made possible by the ingenuity of the Chief of Army Staff and the political leadership who has made it a habit to undertake routine visits to the theatre of operations in North-East Nigeria.

Mr. President, the outcome of the routine visits of the Chief of Army Staff in recent times has seen to the killing of over 250 Boko Haram terrorists in recent operations carried out by the Nigerian Military.

The Young Political Leaders Forum of Nigeria wishes to inform Mr. President that Nigerians are with him and the administration towards a final victory on the war against the Boko Haram insurgency in North-East Nigeria.

The Young Political Leaders Forum wishes to encourage the President and Commander-in-Chief not to relent in this final push against the remnants of the Boko Haram by the Nigerian troops by providing that conducive atmosphere for the overall success in the war against terrorism in Nigeria.

Nigerians are eagerly waiting to come out en mass after the COVID-19 pandemic is over to celebrate these milestones from city to city in appreciation of what the military has done for the country through their numerous sacrifices over the years.

Mr. President, you have indeed done well and set Nigeria on the path of greatness through your laudable initiatives and the Young Political Leaders Forum in Nigeria wishes to state in unequivocal terms that it is indeed passing a vote of confidence on our gallant and loyal troops fighting day and night in executing the war against terrorism in Nigeria.

We consequently encourage the Chief of Army Staff, Lt. Gen. Tukur Buratai not to relent in its final push in bringing the Boko Haram war to an end.

Mr. President, a true leader, has the confidence to stand alone, the courage to make tough decisions, and the compassion to listen to the needs of others. He does not set out to be a leader but becomes one by the equality of his actions and the integrity of his intent.