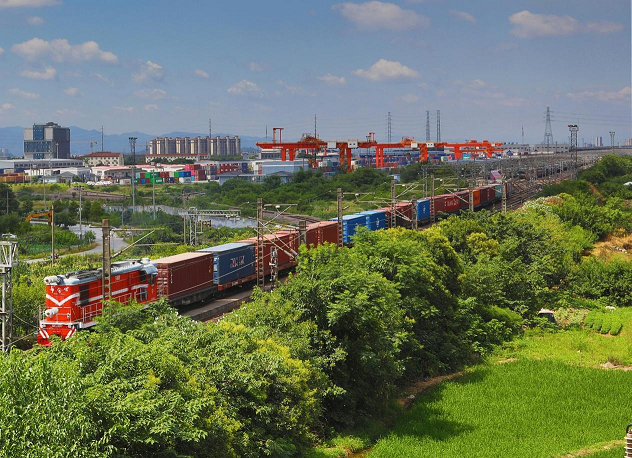 By Li Bingxin, People’s Daily
“The Communist Party of China (CPC) always puts people in the first place and is currently leading the Chinese people on a new journey toward realizing the second centenary goal,” said U Han Shwe, Chairman of Executive of the National Unity Party of Myanmar, during an exclusive interview with People’s Daily.
“We highly agree with China’s people-centered development philosophy, which is reflected in every aspect of China’s development,” he added.
U Han Shwe said China has lifted over 700 million people out of poverty over the past four decades and made contributions to global poverty alleviation, which is admirable.
The 81-year-old politician has his own opinions on the development achievements made by China.
“I once visited Kunming, southwest China’s Yunnan province, where I was deeply impressed by the rapid development there. After landing in the city, I saw a modern airport, wide and flat roads as well as flourishing flowers on the sides of them, and modern buildings. The city was more beautiful and prosperous than what I had seen in books,” U Han Shwe noted.
U Han Shwe gradually realized that the development direction and plans made by the CPC based on local conditions were key to China’s economic and social progress.
Poverty alleviation is a common task faced by developing countries. U Han Shwe said some regions in Myanmar are still bothered by poverty, and there’s an urgent need to improve people’s living standards.
He said Myanmar can learn from China’s experience to drive common prosperity with coordinated regional development.
The National Unity Party of Myanmar is the successor to the Burma Socialist Programme Party. It has maintained frequent exchanges with the CPC since a delegation paid its first visit to China in 2013 at the invitation of the International Department of the CPC Central Committee.
“The CPC values inter-party communication very much. We cherish our exchanges and friendship with the CPC and hope to learn from its governance experience,” U Han Shwe noted.
He said the book “Xi Jinping: The Governance of China” has inspired him a lot.
“The CPC always puts people and their lives first, and the National Unity Party also pays close attention to the interests of workers and farmers,” he said, adding that China’s COVID-19 response exactly mirrors the CPC placing the Chinese people and their lives in the first place.
“The CPC has a strong organizing and mobilizing capability. China, being the first country to put COVID-19 under control, has provided large numbers of anti-pandemic supplies to other countries and made its COVID-19 vaccines a global public good, which reflects the sense of responsibility of the major country,” U Han Shwe told People’s Daily.
He noted China’s assistance for Myanmar amid the pandemic is very important, and the two countries have offered each other support since the pandemic broke out.
“When China was troubled by the sudden outbreak, Myanmar donated rice and other materials to Wuhan, China. At the critical moment of Myanmar’s fight against COVID-19, China offered us large batches of medical supplies and dispatched medical experts to Myanmar,” U Han Shwe said.
According to him, a China-Myanmar joint factory in Myanmar officially started producing COVID-19 vaccines in late March this year. Since May, the first batch of one million doses of vaccines has been administered to local people.
“Xi Jinping, general secretary of the CPC Central Committee, pointed out that development is meaningful only when it is for the people’s interest, and can sustain only when it is motivated by the people. Both domestic and global governance shall be participated by the people and benefit the people. The CPC has set a great example for other political parties around the world in this regard,” U Han Shwe said.
He told People’s Daily that he agrees with Xi’s remarks on diplomacy. People in all countries have the right to democracy, which is not a patent held by a few countries. There are many ways to realize democracy. It is impossible to apply one single script to all scenarios.
“This has inspired us. A country, when promoting democracy, must start from its reality,” U Han Shwe noted.
He commended China’s active participation in global governance, saying China’s Global Development Initiative (GDI) helps developing countries achieve prosperity and is an effective solution to improving global governance.
Taking Myanmar as an example, he said the China-Myanmar Economic Corridor has brought huge opportunities to Myanmar’s comprehensive development. The country will share the dividends of China’s development.
“We hope that by participating in the Belt and Road Initiative and implementing the GDI, we can achieve common development together with China and other neighboring countries,” U Han Shwe said.