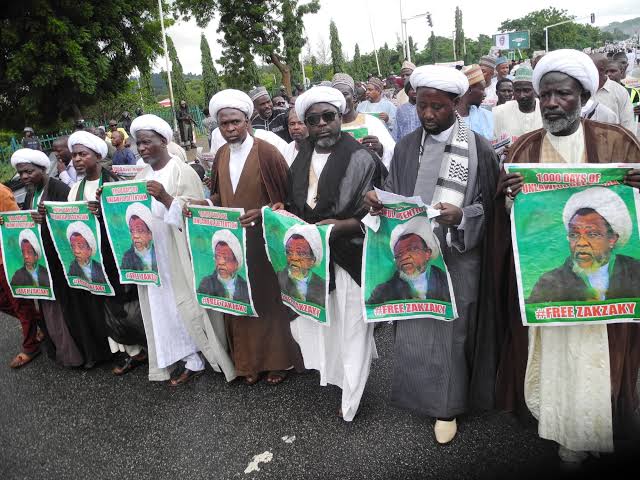 The Coalition for Truth and Justice has reacted to the clash between members of the Islamic Movement in Nigeria, IMN, and the police in Kaduna.

The coalition said the United States, US, should call IMN terrorist group to order.

In a statement signed by its National Coordinator, Barrister Timothy Charles, the coalition said the call became necessary because IMN group may have stockpiled firearms aimed at attacking security operatives.

According to the coalition: “We found it pertinent to call on the United States of America, the United Kingdom, European Union and the United Nations to call terrorist group, Islamic Movement in Nigeria (IMN) to order.

“The call became necessary following IMN’s clash with the Police at the weekend because this development signifies a renewal of hostilities on the part of the group while we also fear that its members must have acquired the stockpile of firearms they once promised to get in order to take on law enforcement operatives.

“The aforementioned countries and the United Nations should also caution IMN’s sponsor, Iran as Nigerians can no longer stomach this glaring phenomenon of state sponsored terrorism. In the event that security agencies are compelled to use force to enforce law and order, these are the countries that IMN will hide under international convention to demand intervention from. When things get to this stage it will be unfair for any international entity to censure Nigeria because the provocation has crossed all known bounds.

“We are aware that no religion permits people to bear arms against the sovereign state so, what IMN is doing in the name of religious liberties is nothing but a clear act of terrorism. Things have come to a stage where the annual Ashura procession has become a guaranteed trigger for IMN violence as its members continue to use the event to violently demand for the release of their leader, Mr. Ibraheem El-Zakzaky, who is being held on the order of a competent court.

“The world must be reminded that the IMN leader’s continued incarceration with his wife is not at the behest of the Federal Government but is at the instance of the Kaduna State government, which declared IMN a terrorist entity following due process and the rule of law.

“IMN’s violence at multiple locations in Kaduna state, in the capital and Zaria, is therefore a ploy of testing the waters to see if it can again export its terrorism to other parts of Nigeria as it did when it held the nation’s capital, Abuja, under siege. The group’s fighters were only dislodged from the city following series of casualties from several violent protests, including the murder of a senior policeman and a journalist on the same day.

“If the past is anything to go by, IMN usually resort to violence as a strategy to spread security organizations thin and distract them from effectively fighting Boko Haram and ISWAP terrorists.

“Members of this group, far from being victims, have become the ultimate aggressors, who terrorize Nigerians and constantly clash security agencies in the country; they have perfected how to launch armed onslaughts against law enforcement agencies without provocation.

“In view of the sustained aggression on the part of IMN, and noting that a representative of their sponsor-country, Iran, in the person of Ambassador Saeed Kozechi, once threatened that Nigeria will burn to allow the sect have its way, taking cognizance of the damages and deaths they have dealt in the past, we call for urgent intervention to stop the resurgence of IMN’s murderous tendencies.

“We ask that the US, UK, EU and UN immediately intervene before IMN terrorists destroy what it has left of peace in Nigeria by calling the group to order. They must also call IMN’s sponsor, Iran, to order because there should be a limit to that country’s interference into Nigeria’s affairs.”