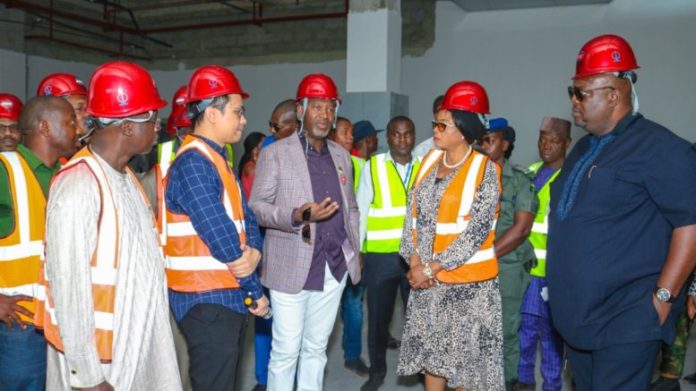 Minister of Aviation Senator Hadi Sirika, has given assurance that the Enugu airport which is undergoing rehabilitation would be ready before Easter.

The Minister who inspected the ongoing rehabilitation of the runway of Akanu Ibiam International Airport, Enugu Thursday expressed satisfaction with the progress of work.

Those who joined the Aviation Minister on the inspection were the Enugu State Deputy Governor, Mrs. Cecilia Ezeilo, Chairman, House Committee on Aviation, House of Respresentatives, Hon. Nnolim Nnaji, the Permanent Secretary of the Federal Ministry of Aviation Musa Hassan, the Managing Director of Federal Airports Authority of Nigeria (FAAN), Captain Rabiu Yadudu, the Enugu State Commissioner for Works and Infrastructure, Engr. Greg Nnaji and the delegation from the South East Governors Forum’ Enugu Airport/Palliative Works Committee, among others.

In an interaction with newsmen after the inspection, the minister expressed satisfaction with the extent of work done so far, reassuring that the airport will be reopened before Easter as earlier promised.

Continuing, the minister said he would soon begin a countdown on the reopening of the airport which was shut down in August 2019.
Sirika said: “I am very satisfied with the level of work done. According to the programme of work approved and established by us, we are beating the deadline. We will deliver the runway before Easter.”

The Enugu State Deputy Governor, Hon. Mrs. Ezeilo, who stressed the importance of the airport to the people of the South East geo-political zone and beyond, said that the state government remains committed to the timely completion of the project.

Also speaking, the Aviation Committee Chairman, Hon. Nnaji disclosed that the National Assembly has fulfilled her part in the execution of the project adding that what is remaining is their oversight functions to ensure that the airport renovation is completed to standard for its reopening as promised by the Federal Government.

The Federal Government had on August 24, announced the closure of the airport, which is the only international airport in the South East region, for the reconstruction of its runway.