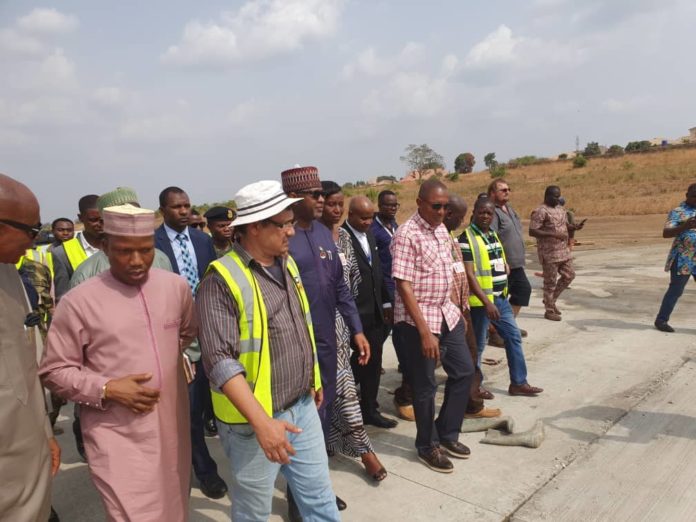 The Akanu Ibiam International airport Enugu will be reopened for use before Easter 2020, Aviation Minister Senator Hadi Sirika has reiterated.

The Minister gave the commitment after an inspection visit to the airport on Thursday. This was contained in a statement signed by the Director Public Affairs, Ministry of Aviation, James Odaudu.

The airport was closed down last August for rehabilitation work.

According to him, the federal government recognises the importance of the airport to the whole of the South East region, and the hardship occasioned by the closure, but insisted that it was done in the interest of safety and comfort of air travellers from the region.

On the reported shortage of some materials needed by the contractor, the Minister assured that the problem is being addressed, and would therefore not be an impediment to the completion of the project.

He commended the handlers of the project on the quality of the job being done, and expressed his confidence the airport, when delivered, would be one of the best in the country.
Sirika also promised that work on the new terminal building at the airport would soon resume in ernest, given the budgetary provision for it in the 2020 budget while disclosing that the present administration met the terminal project at about 20% but had taken it to about 60% completion stage.

The Minister was joined on the inspection visit by representatives of the Enugu state government and the South East governors forum who expressed their appreciation to the federal government for ‘taking the bull by the horns’ in shutting down the airport for rehabilitation.

Others on the visit with the Minister were officials of the Ministry of Aviation, the Federal Airports Authority of Nigeria (FAAN) and consultants to the project.