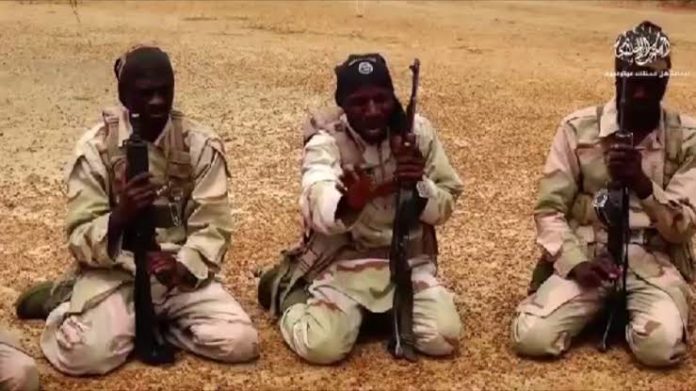 Fresh facts have emerged that since the Chief of Army Staff, Lt. Gen Tukur Buratai, took over the operation of the Nigerian Army in North-East Nigeria, some commanders of the Boko Haram sect have elected to surrender and abandon Abubakar Shekau on the condition that the government grants them pardon. This is coming on the heels of the intensified military action by the Nigerian Army against the sect in the past weeks.

According to military sources, the Boko Haram camp is in disarray, and some of the top commanders of the sect have indicated their willingness to surrender if the government can grant than state pardon.

A top military source in the know of the new plot stated that with the way and manner the Boko Haram commanders are going about their resolve to surrender indicates that all might not be well.

“ I can tell you that the leader of the Boko Haram sect is on the verge of losing some of his top commanders who, by all indication, are overwhelmed and war-torn. They have come under heavy military bombardment from several flanks, and this has indeed put them in a very tight corner that the two options left are either to surrender or die.”

He further stated that Abubakar Shekau seems to have lost the trust of some of his commanders with the manner they have reached out for a truce through proxies.

“ I can confirm to you that some top commanders of the sect have taken their destinies into their hands by reaching out through proxies for President Muhammadu Buhari to grant them pardon for them to surrender and undergo rehabilitation and reintegration into civil life.”

Another source who preferred anonymity stated that if the government decides to oblige the request of the Boko Haram commanders, there is a tendency for Abubakar Shekau to be killed by his lieutenants who are obviously in a fix with the turn of events in recent times.

“ Abubakar Shekau has been in hiding on the fringes of the Lake Chad Basin region. Credible Intel gathered indicates that he has been trying to pacify some of his top commanders to continue to fight till the end. But this seems complicated because there is no escape route since their means of retreat has been barricaded by troop under the Multinational Joint Task Force, led by Chadian soldiers.

“ Before now, the Boko Haram group relied heavily on the escape route from Mile 4, a small Nigerian village a few kilometers west of the town of Baga to Ngouboua in Chad from where they regroup and launch subsequent attacks on Nigerian soil.”

The source further added that the President of Chad, Idriss Deby, has shown a renewed commitment in recent times and this has seen to the operational efficiency of the Multinational Joint Task Force with headquarters in Ndjamena, the capital of Chad.

“ Idriss Deby has given his words, and he is living up to them as the various routes through which the Boko Haram group uses to escape have been taken over by troops from Chad and this act has left the Boko Haram group with no choice than to remain in their present location. This has indeed limited their operations as they can no longer get supplies, neither can they move to their camps on the Islands of the Lake Chad Basin region on Chadian soil.”

It was also gathered that aside from reaching out to the military hierarchy, some top Boko Haram commanders have also reached out to some International NGOs in North-East Nigeria to seek a truce for them with the federal government.

According to a source that was reached by the commanders of the sect, stated that there is more than meets the eyes with the recent offers from the Boko Haram group. He said that it seems Abubakar Shekau is no longer in control of the group as from all indication, the group is in disarray.

“ I do not know what the issues are precisely, but I got a text message in Arabic from a strange number indicating that they are ready for peace, that they want to the federal government to grant them forgiveness before they lay down their arms.”

“ I could not reach the number when I tried calling, and I subsequently availed the military this information for them to carry out their relevant investigations. I told them plainly that I do not know the sender of the message, neither do; I know how they got my number, and I do not want to be a part of it for any reason.”

This medium was able to gather from reliable sources that the Chief of Army Staff does not seem disposed to the idea of pardoning the Boko Haram group as he believes that they have caused enough damage in the North East. They must be held accountable for their actions.

“ You know the Chief of Army Staff has been actively present in North East. These overtures have been passed to him from our intelligence arm, who confirmed that the overtures are true. But it doesn’t seem likely that the request would be granted as the Chief of Army Staff hasn’t given a thought to it, he has given directives that all the Boko Haram Commanders including Abubakar Shakau must be captured alive at all cost.”

All attempts to reach the Nigerian Army for confirmation proved abortive before going to press.