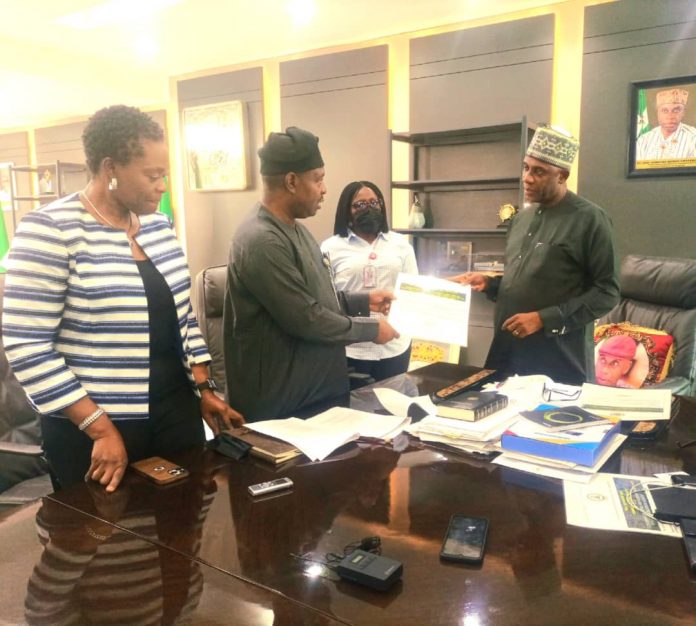 The Federal Government has disclosed that when the Badagry Deep Seaport becomes operational, it is estimated to generate $ 2.6 million and create about 5, 000 jobs, directly and indirectly.

This was made known Wednesday when the Minister of Transportation,  Rotimi Amaechi, received in courtesy, the Director, Transportation, Infrastructure Department, Infrastructure Concession Regulatory Commission, ICRC, Dr. Emmanuel Onwodi, who presented the Minister, the “Full Business Case Compliance Certificate” for the Badagry Deep Seaport and the Modular Floating Dock.

In a statement signed by the Director Press and Public Relations of the ministry, Dr. Onwodi, said the project will “create a total ecosystem in terms of shipping, transportation, job creation and others” Most notable attribute of the Badagry port, Onwodi, said is that it will enable the country compete favourably with the Contonou seaport” .

“In respect of the Dry Dock which is handled by NIMASA, the revenue that will come to the Federal Government within that period is $65 million and it’s going to create a job opportunity of over 800,000”, Onwodi said.

The Minister thanked the ICRC for its diligence, noting that the presentation reflects that the project is financially viable.

He further informed that the Ministry will write to the Federal Executive Council for approval on the projects.

Present at the function was the Permanent Secretary, Federal Ministry of Transportation, Dr. Magdalene Ajani.