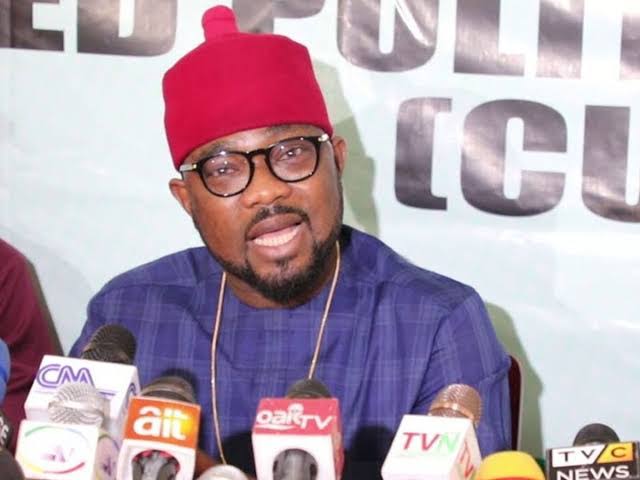 Frank said the police boss knew that no serving Permanent Secretary will be bold enough to stand for an opposition leader, hence the police authority should reconsider its stand.

In May, a Federal High Court in Abuja, in a suit labelled, FHC/ABJ/CS/475/2020, barred the house committee from continuing with the hearing of the case against Ugochinyere.

But deapite the court order, police went ahead and detained the the spokesperson of the Coalition of United Political Parties (CUPP).

In a statement released by Comrade Timi Frank, on Saturday to condemn the arrest of the CUPP’s spokesman, said the police authority had violated the law by arresting Ugochinyere despite a valid court order restraining such arrest by the police.

The political activist however demanded an unconditional and immediate release of the opposition voice, Ugochinyere.

According to Frank, the police is a Nigerian Police Force and not the National Assembly or APC Police Force, hence the IGP should obey the court order.

“I call on the @PoliceNG to urgently review the bail condition given to Ikenga, and respect the court order restraining the police from arresting him. This is an attempt to silence the voice of the opposition. If the APC National Assembly leadership doesn’t have anything to hide, then they should go to Court,” Frank said.

He also warned that if the police boss refuse to obey the rule of law and the Court order restraining his men from arresting Ikenga, he will have no option than to report Inspector General of Police to the International Criminal Court (ICC) and also ask that a visa ban should be placed on the police boss.

While calling on the Inspector General to be professional in his duty, Frank urged him not to allow himself to be used by politicians who will not be in the office forever.

“I also demand that the police authority should tender a public apology for this illegal arrest.”