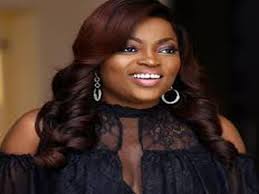 The official trailer for Funke Akindele directorial debut “your Excellency” has been released.

The release of the movie was scheduled for  December.

The  trailer was released on Friday, November 8, 2019, on YouTube by EbonyLife Films, the production studio behind the film.

‘Your Excellency’ tells the story of a bumbling, billionaire businessman and failed presidential candidate, who becomes a credible contender – all through the power of social media.

Commenting on the movie, Funke Akindele-Bello complimenting the movie said, “Your Excellency already had a great script by Yinka Ogun, a wonderful cast and experienced producers, so all I had to do was provide a guiding hand and make sure we keep the audience entertained from beginning to end.”