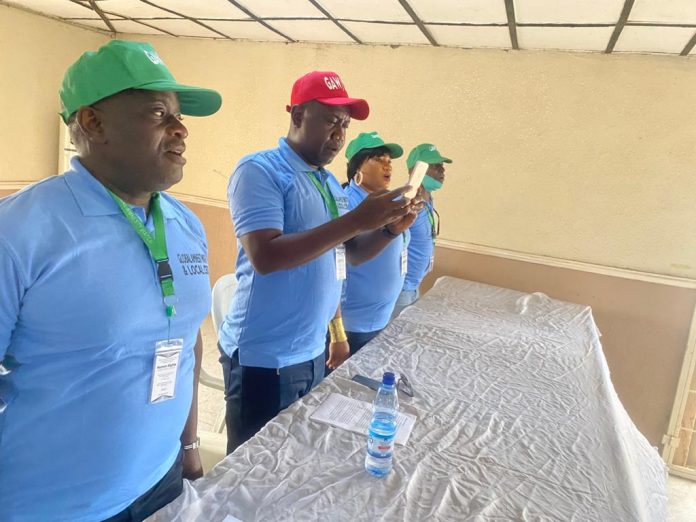 The Global Amnesty Watch (GAW) and a coalition of civil society organizations have commended President Muhammadu Buhari and the military for totally wiping out Boko Haram insurgents from Yobe State.

The group made this known on Wednesday at the end of a tour around the state wherein it accessed the situation on the ground in post-Boko Haram era and the peace process in place.

In a communique jointly signed by Terrence Kuanum and Dr Abubakar Gana, GAW’s field researcher and country representative respectively alongside 10 others, the team said normalcy has returned to Yobe courtesy of the display of commitment by the Federal Government and dedication of the troops.

The group said its visitation panel observed that the places in the state that were hitherto hotbeds for Boko Haram attacks are now free from its nefarious activities.

It also noted that reconstruction works are ongoing in areas that were destroyed in the peak of the crisis while the implementation of various peace-building initiatives by the president and military is in full swing.

” After the extensive tour of communities in all parts of Yobe state, we as a result of this make the detailed conclusion that indeed peace and normalcy has been restored in Yobe State courtesy of the display of commitment by the federal government which indeed propelled the Nigerian Military to make substantial gains and displacing the Boko Haram insurgents from Yobe state,” the communique reads in part.

” It is thus a statement of the fact that the Nigerian Military has made substantial gains in the displacement of the Boko Haram insurgents from Yobe State and this has subsequently led to the sustenance of peace in the state and safe for all normal activities that were hitherto grounded.

The group, however, urged the FG to extend that same commitment to other states in the North-East towards the final resolution of the Boko Haram crisis and the eventual return of peace and tranquillity in the region.

It also called on political authorities and other stakeholders in the state to join hands with the Nigerian Military in its peace-building efforts and quest to ensure that the Boko Haram insurgents do not infiltrate any part of the state.