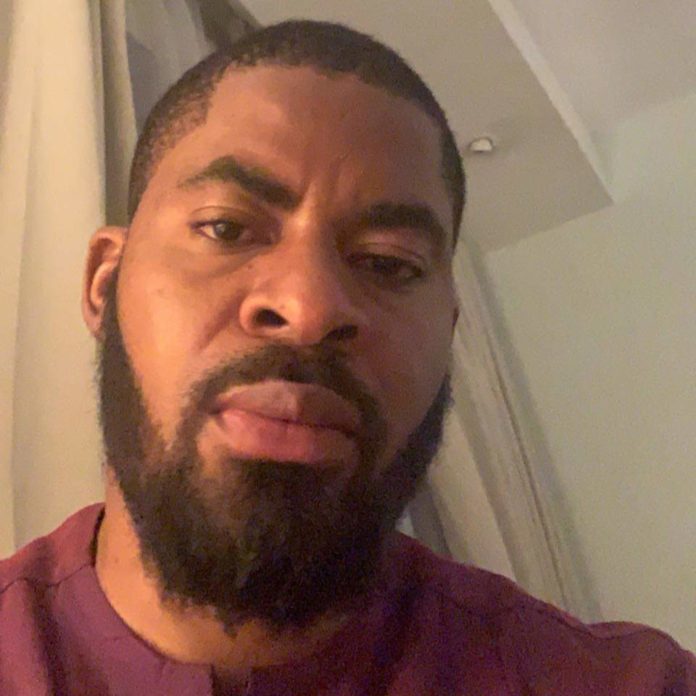 According to CAFA, the mental state of the activist needs to be checked following his recent remarks about the Nigerian military.

Adeyanju, a known critic of President Muhammadu Buhari’s administration and the military, appears to be aligning with the same government.

The Kogi-born activist, on behalf of his pro-democracy group said “ we are never shy to commend the president and troops when there is an improvement in the fight against Boko Haram”.

However, in a statement signed by Acting National Secretary, Ochonu Ochonu on Sunday, CAFA rubbished Adeyanju’s compliments, saying he may be suffering “mental disorder” to just have noticed the efforts of the military.

CAFA recommended that Adeyanju undergoes immediate “medical attention over this dangerous disease he has developed because it could lead to his paymasters disowning him or even placing a hit on him because he has abandoned their crumbling fortress”.

The group added that Adeyanju should realize that he would not find redemption in heaping praises on Mr President and the military.

CAFA, however, urged the military not to take foot of the pedal as people like Adeyanju can do anything to thwart the ongoing final clearance operations.

Citizens Against Fake Activism (CAFA) is pleased to extend a cautionary welcome to the latest convert to the fold of those that recognize the dedication of the Nigerian Army in waging the war against terrorism that has recently dealt Boko Haram/Islamic State West Africa Province (ISWAP) deadly blows. The cautionary note of the welcome extended to Adeyanju is informed by the need for CAFA to observe his mental state and immediate next actions to ascertain that he is not up to the mischievous kind of interventions he is known for.

CAFA wonders if the volte face by the convener of Concerned Nigerians, known for unwarranted attacks on the military and the government of the day, has to do with the need for him to make ends meet at this time that COVID-19 has laid waste to the personal economies of many citizens. If this was Adeyanju’s inspiration for heaping praises on President Muhammadu Buhari and the military then we advise that he should give up his paid activism to become a full-time fraudster.

If there is anything affliction worse than COVID-19 then Adeyanju is suffering from it. The paid activist has severe form of acute Personality Disorder Disease Syndrome and the trigger for the condition is the questionable errand he has been running for his paymasters. He needs immediate medical attention because for him to say that he just noticed the efforts of the Nigerian military in the fight against terrorism is as good as saying that he was asleep all these past months and years that the military has been keeping Boko Haram in check.

The other explanation is that Adeyanju was too obsessed with demonizing the government, military and security agencies that he could not notice what was unfolding around him in terms of how terrorism is no longer in vogue. Even at that we expect that he of all persons should be familiar with the current government’s zero tolerance for terrorism as he ought to have found out when he joined the terrorist Islamic Movement in Nigeria (IMN) to harass innocent Nigerians on the streets in the name of holding protests.

We recommend immediate medical attention for Deji Adeyanju over this dangerous disease he has developed because it could lead to his paymasters disowning him or even placing a hit on him because he has abandoned their crumbling fortress.

It is pertinent that Adeyanju realize at the earliest that he would not find redemption in heaping praises on Mr President and the military. Nigerians view his utterance with skepticism and all eyes opened to see where next he will sway. True redemption lies in his renouncing the hatchet jobs he had done in the past to malign the patriotic men and women who daily sacrifice comfort and risk life to secure Nigeria.

Nigerians are aware that Adeyanju and his paymasters were never happy with the military for killing their clients. We are therefore not excited about his shabby attempt at praising singing for the President and Military until he can convince Nigerians that he has turned a new leaf and severed all relationships with terrorists’ organizations he is connected to, including the ones that are funding and financing his activities.

It is our honest view that the military should not go to bed with two eyes closed as people like Adeyanju can do anything to thwart the ongoing final clearance operations by authoring fake news to mislead the people. We envisage that the leopard’s spots will soon manifest in the coming days irrespective of how much dye has been applied to its coat to make it appear like a respectable domestic cat.