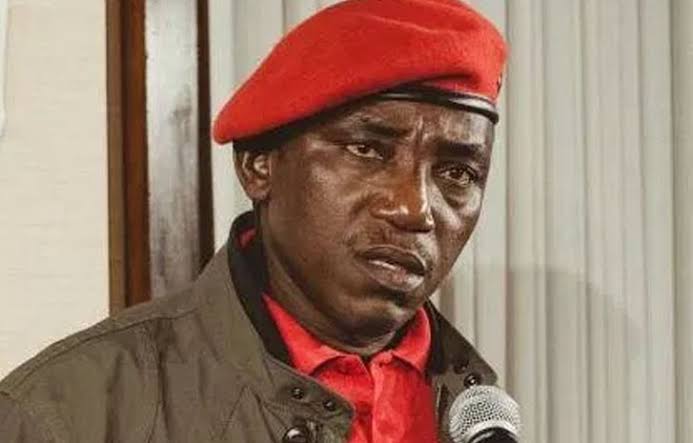 In a statement signed by its President, Prince Raymond Enero, on Monday, the group expressed disappointment with Dalung for using ” the security situation in the northern part of the country as prop for cheap propaganda”.

In a trending video on his official Facebook page, the ex-Minister attempted to downplay the achievements of the Service Chiefs in the northeast and other parts of Nigeria.

However, MBCG, which operates in the same geopolitical zone as Dalung, accused the former Minister of chasing clout, doing so by “trampling on the graves of his own people”.

The group which accused Dalung of being part of the crisis in his home state said it is surprised that he has suddenly become a security expert, cheerleading the call for the sack of Service Chiefs.

According to MBCG, Dalung’s aim is to get arrested for criticizing the government so he can later allege in the future if imprisoned for corruption as persecution for speaking out against the government.

Rather than delve into a realm he has scant knowledge about, the group urged the one time Chairman of Langtang South Local Government Area to focus on allegations of fraud levelled against him during his four years as minister.

The group, however, advised his family to “quarantine him before infecting everyone on the Plateau with this deadly disease occasioned by ignorance, foolishness and shamelessness.”

While it is not in the habit of reckoning with the activities of inconsequential persons, the Middle Belt Conscience Guard (MBCG) is compelled to express its disappointment with the immediate past Minister of Youth and Sports Development, Mr. Solomon Dalung, who has suddenly become a latter day activists in his desperation to court the attention of the government in which he once served.

But even for attention seekers, Dalung’s decision to use the security situation in the northern part of the country as prop for cheap propaganda is an unacceptable low. The decision exposed him as one without remorse and capable of trampling on the graves of his own people for the mere satisfaction of being noticed and possibly offered some sort of Federal Government rehabilitation since he is known to have fallen on hard times since leaving office as a minister. This in our view is proof that Dalung is suffering from disengagement asymptomatic Coronavirus disease.

The Middle Belt Conscience Guard is therefore constrained to call Dalung to order even though we consider his intervention in public affairs as inconsequential as he is a lightweight to the extent that he was unceremoniously dropped from the government of President Muhammadu Buhari without consequences. His grievances at being so dropped notwithstanding, we had expected that the former Minister would have stuck to his area of competence as a commentator in drinking circuits and not join the bandwagon of those that are impracticably critical of the nation’s military chiefs.

Only such pressure to fit in with the fad would make someone of Dalung’s intellectual level attempt to become the cheerleader of the call for the sack of service chiefs, an exercise he should have engaged in only after furnishing the nation with proof that he is the actual owner of whatever academic qualifications he parades.

The Middle Belt Conscience Guard, knowing that Dalung is part of the crisis in Plateau State, is not surprised at this turn of events because he is someone who has incited youth of his ethnic Berom to become intolerant of other ethnic nationalities in Plateau State. This ethnic bigotry is now being directed at the military chiefs, not just by the youth in Dalung’s place, who killed an innocent Maj. Gen Alkali (retired), but also by the former Minister who should have been a voice of reason in times of trouble. A Dalung that is today asking for the sack of military chiefs never for once issued a statement to condemn his kinsmen killing of general.

We must admit that we are not surprised at Dalung’s video stunt, which we now understand was done with a view to provoking the authorities taking him in for questioning so that he can elevate his nuisance value to the type paraded by the likes of Shehu Sani and Dino Melaye, who hide behind activism to escape justice. We learnt that discoveries of serial misdeeds at the Ministry where Dalung once served was the main reason for his demanding for the sack of military chiefs while also insulting the government of President Buhari.

The reality is that Dalung is expecting that he would be arrested for criticizing the government so that he can explain away his future arrest for corruption as persecution for speaking out against the government. It is our firm belief that Solomon Dalung should rather focus his efforts on answering to the allegations of corruption around him at the Ministry of Youth and Sports Development rather than delving into a realm he has scant knowledge about.

Dalung is not a good commodity to display on the shelf, his family may do well to quarantine him before infecting everyone on the Plateau with this deadly disease occasioned by ignorance, foolishness and shamelessness.

A word is enough for the wise.