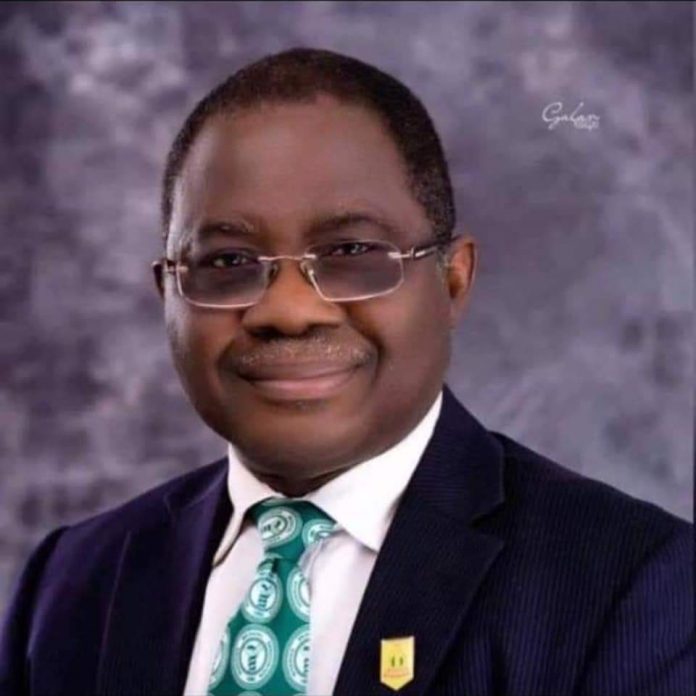 President Muhammadu Buhari and the Education Minister Adamu Adamu have been urged not to appoint  Professor Innocent Ujah as the Vice Chancellor of the newly established Federal University of Health Sciences, Otukpo, Benue state

A group, Coalition Against Corruption and Other Related Offenses, CACRO in a statement signed by its National Coordinator, Dr Kolawole Oladejo, alleged that Ujah was sacked as Director General of the Nigeria Institute of Medical Research, Yaba, Lagos, for fraud and corruption.

The group also urged the electoral committee of the Nigeria Medical Association to disqualify the former NIMR boss from contesting for the office of the national president of the association to save it from future embarrassment.

Oladejo said the group took its cue to follow up on the issue from a report by SaharaReporters on November 20, 2015.

He said the newspaper had exclusively reported how he awarded ghost projects to siphon money from NIMR.

The statement reads, “On 20th of November, 2015, a Nigerian leading investigative newspaper, SaharaReporters, exposed one Prof Innocent Ujah for alleged fraud and nepotism. This same professor today wants to be Vice Chancellor of a newly established Federal University of Health Sciences, Otukpo, and as well contesting for the position of national president of NMA.

“These allegations were based on a petition seen by the newspaper which accused Prof Innocent Ujah, then the Director-General of the Nigerian Institute of Medical Research of nepotism, fraud, financial recklessness, and abuse of office among other offences by some “concerned NIMR staff”.

“The accusations listed were substantiated by several documents attached to the petition including invoices, financial sheets, employment documents, and receipts.

“In order to substantiate the allegation of nepotism, the petitioners attached a list of recently hired staff, CVs, and acceptance letters. The petitioners alleged that Mr Ujah hired his sister, Patricia Onyemowo Agbo, as the Assistant Chief Administrative Officer, despite being unqualified for the position.

“The petitioners not only question her relationship with Mr Ujah but also claim that her academic qualifications are not suited for her role.  A copy of Mrs Agbo’s CV clearly indicates she only possessed an MBA Finance, a degree not suited for the Assistant Chief Administrative Officer position.

“In addition, she listed Mr Ujah as a reference on her CV suggesting a conflict of interest with the Director General. Finally, there is the matter of the alleged backdating of her employment which the petitioners claim must be investigated.

“Several of the documents provided pertain to contracts awarded by Mr Ujah as DG of NIMR. The petitioners allege that these contracts were artificially inflated to allow himself and the contractors to skim money from the NIMR bursary.

“One example is an invoice for 296 pounds of Thailand rice and 20 pounds vegetable oil.  The contractor, JohnWells Global Concept Venture, was paid N14,950 per pound of rice amounting to a total of N4.4m.

“Petitioners also claim that Mr Ujah utilizes contractors from Jos, where he used to live and work, in order to steal more money through kickbacks. The petitioners claim “(Mr. Ujah) is fond of paying exorbitant consulting fees, in millions of naira, to these contractors. The ownership and board of directors of these contractors used to launder money out of the institute through overblown project and contract cost needs to be investigated.

“All these documents also alleged ghost projects being used to siphon money from NIMR, including 4 million naira expense for a generator which was new and needed no maintenance according to the petitioners. Additionally, “a payment of two million naira (N2,000,000) was made for the supply of diesel, which was neither requested nor supplied.

“The staff at NIMR request in their documents that the evidence they are providing be properly investigated by the appropriate authorities in order to establish whether there is any wrongdoing on the part of Mr. Ujah. The request that the EFCC and Office of the President look into the financial crimes they allege are being committed at NIMR.”

The group said President Buhari acting on the newspaper publication and other reports sacked Ujah in July 2016 for fraud and corruption.

Ujah had publicly challenged the authorities of University of Jos(a Federal Government institution) in court when Doctors without PhD were excluded from vying for VCship.

“This, I did to save my profession from eternal disgrace and ignominy at the expense of being sacked from my appointment as DG, NIMR. Despite all the threats on my life and career, I had the commitment and courage to enter into the ring all alone from among over 15 professors of Medicine even when I was not a contestant for office of VC. This, in my view, is commitment!

“When I returned from NIMR, I was punished by the University by refusing to pay my salary for 20months. A sacrifice I made for  my profession.

“My dear colleagues, it is my well considered view that a lot of what happens in leadership positions depends on our vision, character, courage, focus, ideological leaning, and other attributes.

I am aware that some of our best NMA Presidents came from the public/civil service and admirably withstood their appointing authorities/Federal Government, when it came to making a historic choice between the welfare of their members and the interests and pressures of the Federal Government”he said