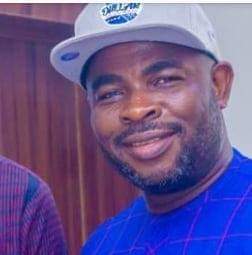 The Lagos State House of Assembly has been urged to suspend the chairman of Somolu Local Government Area, Hon. AbdulHamed Salawu, over alleged gross abuse of office, nepotism, disregard for constituted authorities as well as falsified identity and certificate.

The call was made by the United Somolu Congress (USC) after consultation with some councillors.

This follows the suspension of three local government council chairmen over alleged disregard for the guidelines governing their activities.

Reacting to the news of the suspension, the group in a statement signed by its secretary-general, Jimoh Ibrahim, on Wednesday, expressed shock that Sawalu was exempted all along.

According to him, Sawalu’s “many sins can not be swept under the carpet because of his links to the forces at the top”, noting that he has done worse than the crucified trio.

Dullar, as he is fondly called, has ruled with nepotism and total disregard for those in his domain whom he was elected to govern, the group said.

As chairman, the indigenes further revealed that Sawalu, at different points, had his family member in charge of juicy committees, thus aiding him to misappropriate funds without a trace.

” How can a sister of a sitting local government chairperson head almost all committees set up? Is it a family business? If she was that competent, why was she deported from the United States?” Ibrahim queried.

“We have carried out extensive research and gathered enough evidence against Dullar. We also have the blessing of some councillors to demand the suspension of our local government chairman. Obviously, they are anonymous because of fear of their political future “.

Ibrahim added that plans are underway to submit a petition to relevant authorities to nail Salawu who, he says, also had his identity and certificate falsified.

Dullar who was based abroad is said to have switched his identity after being deported.

The embattled chairman, was initially known as Abdulsalau Ogembe, but reportedly changed his name to Abdul Hamed Salawu without any legal document to back the change.

A source, who pleaded anonymity told Sahara Reporters, “Dullar is living a fake life with a false identity. If he changed his name legally, he should provide a newspaper where he did so. I only pity Somolu people who know nothing about this fraudster.

“A man who can change his name, is there another fraud bigger than that? Please Salawu, clear your name, your people deserve to know the truth,” he said.

This implies that the Somolu LG boss uses a false certificate which makes him illegible to hold any elected position according to the Constitution.

The source, however, expressed hope that the Lagos State Independent Electoral Commission (LASIEC) will do due diligence in screening him out if eventually escapes the state Assembly.

He said, “With Salawu seeking re-election, it is expected that the commission will put aside partisanship and the ‘Dullar’ effect and screen out the incumbent.

“We know that he enjoys the goodwill of national leader of the All Progressives Congress, Bola Tinubu, hence he may emerge the party’s candidate. But we are hopeful that this rogue will be exposed. This German deportee is only using political office to evade prosecution.

“It is no longer news that Salawu’s papers were seized in Europe and America. He has written to the German and Canadian governments to demand them but to no avail.”