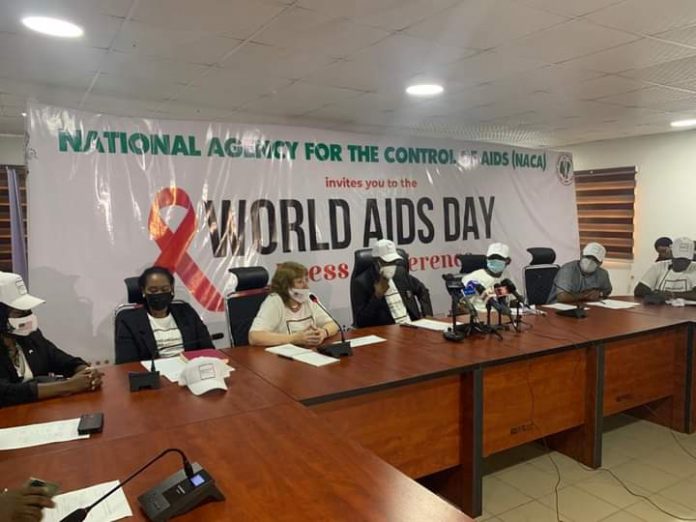 Recent studies have revealed that never married individuals, among other typology of  key populations and new infections from mother to child transmission are the drivers of the HIV epidemic.

Director-General, National Agency for the Control of AIDS (NACA), Dr Gambo Aliyu  cited studies such as the Mode of transmission studies and Integrated Biological and Behavioural Surveillance Survey (IBBSS) which are aimed at identifying the source and distribution of new infections and the populations at greatest risk of the infection.

Dr Aliyu who was speaking at the International Press Conference to mark the commencement of the World AIDS Day commemoration on Wednesday in Abuja added that  Nigeria, in the last few years have recorded significant progress in the fight against HIV/AIDS.

Each year since 1988, the World AIDS Day (WAD) is celebrated on December 1st globally. This is commemorated by all who are affected and infected by the virus.  Approximately, 38 million people are currently living with HIV globally and millions have died of AIDS-related causes.

He urged interventions to be targeted at these population groups ensuring that evidences drive the programme.

According to DG NACA, a recalibration of the HIV epidemic showed a significant decline in HIV prevalence from 5.8 in 2001 to 1.3 in 2018.

“Presently it is estimated that 1.8 million people live with HIV in Nigeria of which 90% are aware of their HIV status, 96% are on treatment and 84% are virally suppressed. Despite the negative impact of the lockdown instituted as a public health measure to curb the spread of COVID-19 across the world, the HIV programme in Nigeria proved resilient with an increase in the number of people placed on treatment,” he said in his address.

He also praised President Muhammadu Buhari for his continued support to the HIV response as well as his approval of placing 50,000 additional people on treatment annually.

Several other activities have been lined up for this year’s commemoration of the World AIDS Day, these includes:
•Road-walk from NACA Headquarters to Berger Roundabout,
•Jumat and thanksgiving services at the national Mosque and 1st Baptist Church, Area 11
•Sports at the guard brigade sport center,
•Adolescent and Young Persons event featuring debate among schools in the FCT to be hosted by the First Lady, Aisha Buhari, the UNAIDS Ambassador for HIV/AIDS in Nigeria,
•A flag-off session as well as a scientific session at Transcorp Hilton on the 30th of November and 1st of December respectively and
•HIV Testing Services (HTS) in several locations within and around the FCT.