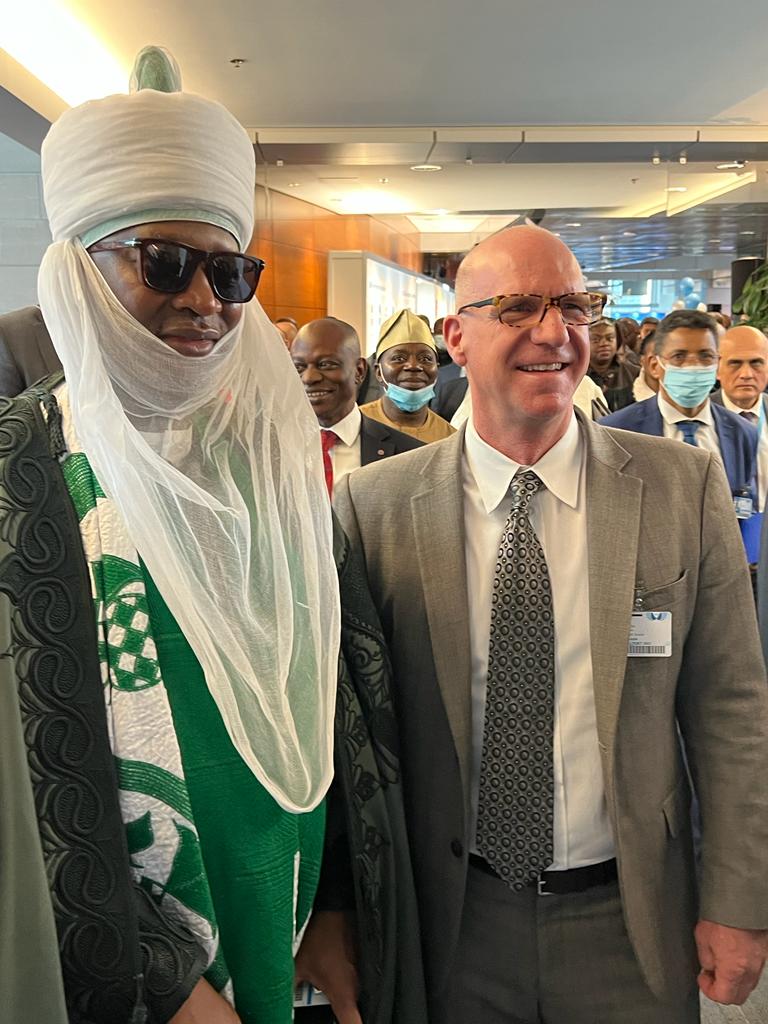 Minister of Aviation, Hadi Sirika has been recognised and honoured by the International Civil Aviation Organization (ICAO) as the Champion of the No Country Left Behind initiative which the Organization introduced in 2014.

The recognition and award which was bestowed on the Minister at the ongoing ICAO 41st General Assembly in Montreal Canada, comes in the wake of other awards Nigeria has received from the organisation since the inception of the Buhari administration, Special Assistant to the Minister, James Odaudu stated in a press statement on Wednesday.

According to the President of the ICAO Council, Salvatore Siacchitano, the award on Sirika was in recognition of his sterling contributions to the implementation of the initiative, not only in Nigeria but also other member-nations.

The ICAO President also said Nigeria has remained the only country whose Minister has attended three consecutive assembly meetings as Chief Delegate with quality contributions at all the sessions and further commended the Minister for ensuring that the country’s representatives at ICAO since his assumption of office are not only highly experienced professionals but also committed to the ideals of the organisation.

In his response, Senator Hadi Sirika expressed his appreciation for the award, saying that the recognition was not for him as an individual, but for Nigeria as a country, and particularly President Muhammadu Buhari whose commitment and support for the Aviation sector since he assumed office has been top-notch.

He also dedicated the award to all the past and present individual Nigerians whose contributions to the sector remain indelible, and also those who have worked with him since becoming the Minister of Aviation and ensured the successes recorded.

The Minister reiterated Nigeria’s commitment to the ideals of the organisation, and its readiness to continue to assist lesser privileged countries to develop their aviation industry in the spirit of ‘No Nation Left Behind’.

The ICAO No Country Left Behind (NCLB) initiative highlights ICAO’s efforts to assist States in implementing ICAO Standards and Recommended Practices (SARPs). The main goal of this work is to help ensure that SARP implementation is better harmonized globally so that all States have access to the significant socio-economic benefits of safe and reliable air transport. It was introduced by Nigeria’s Olumuyiwa Bernard Aliu during his tenure as President of the ICAO Council.

The initiative includes advocacy for the benefits of aviation for States at high-levels of government, generating the political willingness to allocate sufficient resources to aviation development and thereby also support the sustainable development of States. By demonstrating the strong links between ICAO’s Strategic Objectives and the UN Sustainable Development Goals (SDGs), ICAO has successfully advocated for aviation to be viewed as a strategic tool in the economic development of States.