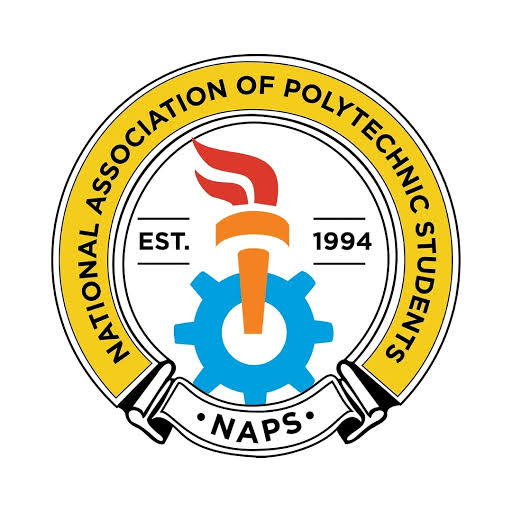 The National Association of Polytechnic Students (NAPS) has distanced itself from a planned protest by some students against the nation’s Service Chiefs and has instead thrown its weight behind the military’s top hierarchy.

Speaking on behalf of the group at a press conference on Thursday, National President, Activist Sunday A Asuku, said NAPS came to this conclusion after a series of meeting with security experts both within and outside Nigeria.

According to Comrade Asuku, the students resolved that sack of the Service Chiefs is not the practical solution to insecurity but intergovernmental and multidimensional support.

NAPS emphasized that it is only interested in a safe and secured Nigeria and were misinterpreted in its quest to seek an end to insecurity situation.

The polytechnic students assured that it will never be party to any move capable of undermining the administration of President Muhammadu Buhari but rather support the government to actualize her set agenda.

NAPS extended the call to all Nigerians to support the “government and the security chiefs in their continued and concerted effort towards protecting our territorial Integrity and aide civil obedience.”

It’s of National importance and immediate alacrity the National leadership of the apex Polytechnic student body in Nigeria, the National Association of Polytechnic Students NAPS under the astute Leadership of Activist Sunday A Asuku of Kaduna Polytechnic Kaduna exonerate her leadership from the falsehood being peddled around by some disgruntled elements and unpatriotic Nigerians who have misinterpreted the good intention of our Association (NAPS) in seeking an end to insecurity situation in the country. It remains partinent we state categorically that we as young citizens, Patriotic and concerned citizens of the Nigerian state are only interested in Safe and Secured Nigeria and nothing more.

We wish to emphatically state that our beloved Association NAPS has not and will never be party to any move or action capable of undermining or bringing down the administration of President Muhammadu Buhari but rather support the Government to actualize her set agenda to advance Nigeria to Next Level.

Since the issuance of 21 days ultimatum to Federal Government of Nigeria on 7th February, 2020 to replace Service Chiefs whom the NAPS leadership consider tired and demotivated in the renewed onslaught by Book Haram and all other insurgent groups against innocent Nigerians,
Our leadership have been engaged in series of meetings and interactions with security experts both within and outside Nigeria Military Forces. Arising from the marathon meetings held up until yesterday night, we now have sufficient conviction that change of Service Chiefs is not the practical solution to Nigeria’s worsening insecurity predicament but Intergovernmental and multidimensional support for security Chiefs to end the menace ,hence the need to CALL OFF WITH IMMEDIATE EFFECT THE NATION WIDE PROTEST IN DEMAND OF SERVICE CHIEFS REPLACEMENT initially scheduled to commence today accross the 36 states of the Federation including FCT and canvass for stakeholders all inclusive support for Nigeria Security Chiefs and Formations including global collaboration to combat insurgence and other security challenges facing our dear Nation.

This we consider best decision to safe the image and integrity of our dear Association in the face of politicisation of our genuine intention as well as a patriotic move to disabuse the minds of the enemies of Nigeria State who derive joy in politicising every patriotic move of pressure groups like ours. We are optimistic that the call off of our National Protest will further ascertain genuity of our ealier independent move devoid of any political or financial inducement promted only by our sincere quest for safe and secure Nigeria and lay to rest permanently the insinuation of being sponsored by money bags in opposition parties in the country.

NAPS remain an independent student body with ideological base, count us out of any move to bring down the Government of President Muhammadu Buhari as being erroneously portrayed by fifth columnists, blackmailers and some disgruntled elements. We are too conscious to become tools in the hand of any politician or political party.

We hereby call on the National Assembly, Tradition Rulers, Community Leaders, Institutions, Ministries, Stakeholders, Departments and Agencies of Government to commence inter agency synergy building in all aspects of development be it economic, socio cultural and political uplift of our people. We must begin to deplore technology and motivate our troops to fight the insecurity in our dear nation. Waiting for Budget passage before acquiring weapons is not the best for Nigeria.

With our current state of insecurity, Nigeria rather require setting up a Special Security Trust Fund to assist our nation in the acquisition of modern fighting equipments. Furthermore, expansion of all military and paramilitary work force is essential too while Nigeria must start calling and seeking for developed nations support to defeat the insurgence before it defeats all of us.

We wish to reinstate that no body is safe anymore should no collective action is taken to fight the deteriorating security situation in Nigeria.

We express solidarity with the government and the security chiefs in their continued and concerted effort towards protecting our Teritorial Integrity and aide civil obedience as well salute the wisdom of President Muhammadu Buhari in ensuring stability in the military leadership. We call for more local and international support for Nigeria Military as well as improved welfare for officers at war front.

Security is everyone’s business hence all Citizens are enjoined to form alliance with security apparatus within and outside the country to kill the insecurity before it kill all of us.