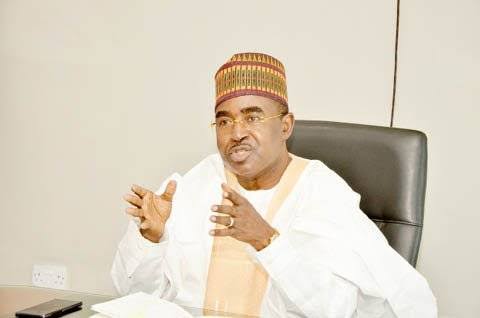 Former Military Administrator of Lagos State, Brigadier-General Buba Marwa (retd) has said that retired military officers in the country are solidly behind troops fighting insurgency in the northeast notwithstanding the complaints and in some cases, distractions against the nations’ gallant military.

Speaking as a guest at the 2019 West African Social Activities (WASA) of the Army Headquarters Garrison which held at Mogadishu Cantonment at the weekend, General Marwa whose community, Michika, in Adamawa state has witnessed Boko Haram attacks, noted that troops were fighting under difficult conditions like bad weather, marshy terrain, and mines laden stretches of land.

“We retired officers appreciate the difficulty of the counter-insurgency operation. We recognize the difficulty, commitment, and doggedness, as well as sacrifices of our troops.

” Please be aware and know that we retired officers are 100 percent with you and are ready at all times to offer our advice if needed in tackling the counter-insurgency operation. We also appreciate the widows and their families for the sacrifices.

Describing the 2019 AHQ Garrison WASA as one of the best he had witnessed both as a serving and retired military officer, General Marwa advised youths in the barracks to be hardworking, religious, respectful and follow the path of discipline noting that the sky is their limit if the do so.

“As I was going round the various stands with the representative of the Chief of Army Staff (Lt. General Lamidi Adeosun), I could see myself in these youths because 60 years ago, I was like these boys attending WASA.

Commenting on the promotion of Lt. General Lamidi Adeosun, the Chief of Policy and Plans, Army, to s 3 star General in the Nigerian Army, Gen Marwa said, ” It only takes a man like Lt. Gen. Tukur Buratai to agree and to recommend another officer to be a Lt. Gen while he is still in the same service.

The Commander, Army Headquarters Garrison, Maj.-Gen. James Gwazs Kalifa Myam in his address said the Army Headquarters Garrison had a very successful year 2019 adding, “The Command continued to provide operational, administrative and logistics support to AHQ departments, formations, and units, as well as to conduct training activities throughout the year in line with the COAS’ Training Directive and NA Forecast of Events.

“This is in spite of the numerous security challenges confronting the country at this time in history and the arduous multiple tasks the command had to undertake within the year.

“It is on this premise that it becomes quite gratifying to thank ‘the Almighty God for granting the Army Headquarters Garrison a very successful Year 201 9.

“During the year, the command successfully executed Annual Medical and Physical Efficiency Test; Annual Range Classification; Corporals and Below as well as Warrant Officers and Senior Non Commissioned Officers’ Competitions. Also, the Command successfully conducted the Operations Planning Cadre for middle-level 0fficers in order to horn their skills at Operations Planning.

“In addition, the command hosted several conferences including the First, operations and the combined Second and Third Quarters COAS’ Conferences, which brought together PSOs, Field Commanders, and Commandants of NA Schools to deliberate on NA activities and to chart a new course going forward. It is indeed heartwarming that the staging of these activities were quite successful in the Year 2019.

“The Army Headquarters Garrison also within Year 2019, made significant strides in terms of welfare in the form of administration of personnel and rehabilitation of some living quarters. Worthy of mention is the taking on board of Phase 1 of the Muhammadu Buhari Cantonment, which was recently constructed by the Army Headquarters and commissioned by the minister of Defence in a bold move to mitigate the acute accommodation challenges confronting personnel of the NA in Abuja.

“Similarly, an ultra-modern housing estate was acquired and tastily furnished at Kurudu for NA officers in Abuja by the Army Headquarters.

“Other interventions that border on personnel welfare are the continued renovation and furnishing of officers and soldiers living accommodation virtually across all the barracks in Abuja and the provision of a new block of quarters and Corpers Lodge respectively at Mambilla Barracks extension, just to mention a few.

“In terms of logistics, the Army Headquarters Garrison formations and units are proud beneficiaries of the issuance of several state of the art office equipment as well as repair and refurbishment of all the unserviceable vehicles on their inventory currently being undertaken by the Command Engineering Depot (CED); courtesy of the COAS.

“Indeed, we make bold to state that no NA formation has had it so good like the Army Headquarters Garrison, in terms of operational, administrative and logistics support of the COAS.

“We, therefore, owe the success of this command and its modest achievements in the outgone year to the unflinching support of the COAS, in providing us with the tools, funds, and requirements necessary for the accomplishment of assigned tasks.”

“As the activities for Year 2020 commence, we wish to assure the COAS that Army Headquarters Garrison has already received his ‘Strategic Directive to NA personnel for Year 2020’ (SD: 2020), which has charged all personnel to ‘sustain professionalism and responsiveness .in the discharge of their constitutional roles’.

“We have studied the letters of the SD: 2020 and wish to state that personnel of the command are poised towards approaching their duties with renewed vigour and commitment in terms of professionalism and responsiveness in the discharge of their constitutional roles.

“Let me also use the opportunity to convey, the deep appreciation of the personnel of the Command who benefitted from promotions as well as various training courses within the year to the COAS. This has greatly boosted their morale and enhanced their professional competences.”