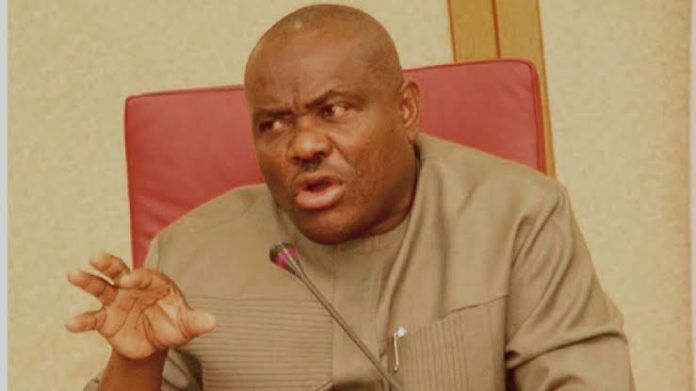 Wonders shall indeed never end in Nigeria. We are in a clime where careless statements are issued without minding the consequences of such statements on the psychological and physical state of the people. In this case, a situation where a governor of a state is as careless as the average meat seller in the market speaks volumes of the calibre of persons that occupy public offices in Nigeria.

The recent statement credited to Nyesom Wike stating that the Nigerian Army has lost its integrity is, in my opinion made in poor taste and meant for mischief purposes. Unsurprisingly, I could not come to terms with his posturing given the fact that the occasion where he made those scathing remarks was at a church service marking the 2020 Armed Forces Remembrance Day Celebration.

His utterances were definitely not in line with the aim of the day, and I can bet that the presiding pastors would have felt ashamed that the governor had turned their auditorium into a campaign arena to get back at those whom he perceives as political opponents. And for strange reasons, the Nigerian Army is one of those Governor Nyesom Wike has chosen to disparage for inexplicable reasons.

I must add that if all governors in Nigeria carry on like the governor of Rivers state, then Nigeria can be conveniently labeled a banana republic because he represents all that should not be in governance. My curiosity with Wike’s bias against the Nigerian Army took me to the conduct of the 2019 gubernatorial elections in River state where he roundly and unintelligently accused the then General Officer Commanding 6 Division of the Nigerian Army in Rivers of all sorts of crime just because the GOC refused his bidding during the elections.

This much was discovered when the GOC went public to state that indeed Governor Nyesom Wike made overtures to him in an attempt to compromise the integrity of the electoral process. Having failed in this regard, a heavily funded slander campaign was launched against the Nigerian Army in a puerile attempt at painting the organization as lacking in integrity, while in truth, the one lacking in integrity is the governor who is known as a serial election fraudster from his days as the chairman of Obio-Akpor Local Government Areas of Rivers State.

I must add that I am still at a loss as to why Governor Nyesom Wike is so bent on dragging the reputation of the Nigerian Army in the mud. It would have made some sense if the accuser in question is a man of integrity himself. But a situation where the word integrity has no meaning in his dictionary leaves more to be imagined. For governor Wike, life is war. He is at war with virtually everything, including the way he speaks, as evident in his recent diatribe against the Nigerian Army.

Let me state this in unequivocal terms that this recent attempt by Governor Nyesom Wike at painting the Nigerian Army in bad light is yet, another failed attempt in his book of catastrophe, where the Nigerian Army occupies virtually all the chapters for refusing to do his bidding in compromising the integrity of the general elections in Rivers state.

I would also like to use this medium to advise Governor Nyesom Wike on the need for him to urgently retrace his steps in his campaign of slander against the Nigerian Army. This is on the heels that it is common knowledge that his grouse with the Nigerian Army stems from the insistence of its commanders to be on the side of truth and national interest.

Governor Nyesom Wike must retrace his steps and desist from insulting our sensibilities with his diatribe against the Nigerian Army. Unless he wants to pretend he is not aware of the fact that the Nigerian Army is actively engaged in operations around the country simultaneously. Therefore, this distraction is highly unnecessary and should be discontinued in the interest of peace and tranquility. The Nigerian Army does not fit into Governor Nyesom Wike’s definition of integrity. And it would be in their best interest to stay away from Wike’s integrity mantra.

Onmeje wrote this article from the United Kingdom.