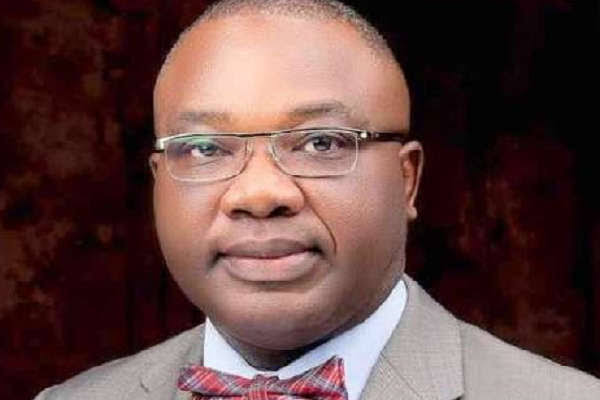 The National Coalition on Peace and Human Rights in Nigeria (NCPHRN) has criticised the Human Rights Commission’s report on the enforcement of lockdown across the country to curb coronavirus.

In a statement signed by the President, Barrister Paul Smith Agbo, on Thursday, the human rights coalition alleged that the Executive Secretary NHRC, Anthony Ojukwu, allowed himself to be manipulated by controversial activist, Deji Adeyanju.

According to Barrister Agbo, there isn’t any distinction between the misleading claim by Adeyanju and the final report released by the NHRC.

He added that the NHRC fell flat for outrightly fake videos and fabricated reports, bombarded by Adeyanju and his cohorts at Concerned Nigerians.

Under Mr Ojukwu’s watch, the group disclosed that the NHRC has become compromised and tainted by entities like Amnesty International.

The National Coalition on Peace and Human Rights in Nigeria, therefore, called on the NHRC boss to resign his position for once again displaying gross incompetence and bias by following the rhythm of a third party.

The National Coalition on Peace and Human Rights in Nigeria (NCPHRN) is disappointed that the National Human Rights Commission (NHRC) is engaged in passing off by presenting a fictitious report, packaged by Deji Adeyanju of Concerned Nigerians (CN), as its own.

Consistent with a movie script earlier released by CN in a statement, the National Human Rights Commission practically repeated word for word the erroneous claim that law enforcement organizations, in the course of enforcing a lockdown necessary to slow down the spread of COVID-19, have killed more people than the pandemic has killed.

The only form of authentication that the NHRC did was to preview videos that were equally passed on to it by questionable activists like Deji Adeyanju, who is the convener of Concerned Nigerians. A dangerous facet that decision makers at the Commission overlooked is that they were bombarded with contextualized, manipulated and in a few instances outrightly fake videos including some from other jurisdictions to arrive at their report, which plainly insulted the sensibilities of Nigerians.

At a time that countries are ramping up stiff measures to make people observe stay-at-home orders and social distancing, NHRC has by its report told those so inclined that they do not have to adhere to directives as law enforcement agencies have no right to enforce the lockdown necessary for preventing COVID-19 from spreading to the kind of apocalyptic proportion that saw as many as 2,000 people dying daily in a country like the United States.

In the inadequate report, NHRC failed to speak to how it will protect other Nigerians that are observing the lockdown from those that are bent on violating the stay-at-home order and risk spreading the virus to kill everyone. It would be the height of travesty for those who put their livelihood on hold to stay at home to be infected by those that refused to comply. This is why NHRC should not encourage bad behavior by demonizing law enforcement agencies without questioning the motives of lawbreakers.

This anti-people stance of the Commission is not surprising considering that its Executive Secretary, Tony Ojukwu, has track record of being ethnically motivated in his dealings with a bias for collaborating international NGOs that do not mean well for Nigeria. This bias is also manifested as a desperation to malign law enforcement organizations and their leadership. It is this illogical hatred for his country and irrational dislike of security agencies that has motivated NHRC under Ojukwu to issue such unacceptable and baseless report.

With the level of bias seen on the part of the National Human Rights Commission, which is now compromised and tainted by entities like Amnesty International, it has become imperative to salvage the commission and return it to fulfilling its core mandate as opposed to being the lapdog of activists with vested interests and stated agenda. A Commission that prioritizes the pecuniary, ethnic and personal interests of its leadership over its primary assignment is a danger to Nigerians as they will not get the best out of it.

The National Coalition on Peace and Human Rights in Nigeria therefore calls on the Executive Secretary of the NHRC, Tony Ojukwu, to immediately resign if he has resolved that he can no longer carry out a fair assessment of issues without recourse to taking instructions from third parties or where his ethnic passion makes it impossible for him to do a decent work.