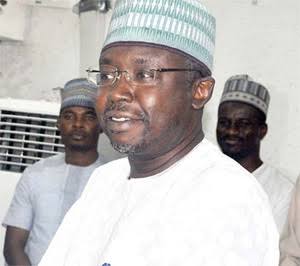 “We instinctively tend to limit for whom we exert ourselves. We do it for people like us, and for people whom we like. Jesus will have none of that. By depicting a Samaritan helping a Jew, Jesus could not have found a more forceful way to say that anyone at all in need – regardless of race, politics, class, and religion – is your neighbour. Not everyone is your brother or sister in faith, but everyone is your neighbour, and you must love your neighbour.” -Timothy Keller

It is rather unfortunate! It is really unfortunate that Nigeria has found itself in the circle and envelop of recurring crises, disasters and the concomitant consequences. In the last few years, it has been the most upsetting burden on Nigerians. The effect rubs on every soul in the country on compassionate grounds.

And it appears the country is assailed roundly by these emergencies, which displace people and create humanitarian crises of immense proportions. From South to North, the same gory tales resonate. There is hardly a state in Nigeria today, which is not going through crises and the displacement of internal populations.

From natural disasters such as flooding, fire outbreaks, deadly erosions to artificial or man-made problems such as Boko Haram/ISWAP insurgency, communal upheavals, ethno-religious conflicts, herders and farmers stand-off to armed banditry, and collapsed buildings. The narratives in all cases are similar.

It throws up a humanity and indigenous populations that require urgent attention. At every point, scores are forced to abandon or flee their homes to first, salvage their lives. There is also the silent problem of refugee populations from other African countries displaced by crises who migrate into Nigeria and add another emergency burden to Nigeria.

The frequency or consistency of these problems is another problem. Distressed and traumatized Nigerians who wake up to find themselves in such horrible and unforgettable situations, look unto the Federal Government of Nigeria (FGN) desperately for the first lease of assistance. They look forward for a push to survive.

Formally, there was an independent FGN agency by the nomenclature, National Emergency Management Agency (NEMA) which the administration of President Muhammadu Buhari inherited and sustained. Its leadership was not performing to his satisfaction in view of these motley of emergencies.

President Buhari in his deep thoughts realized that he needs a good Samaritan and core humanist to pilot the affairs of NEMA; someone innately inclined to compassion and humanism. So, a meticulous search for the right man, led him to Engr. Mustapha Yunusa Maihaja. He immediately appointed him NEMA’s Director-General. It was the only antidote he needed to wipe off the tears of Nigerians holed in emergency situations.

Maihaja has completely demonstrated in the last three years that he is not only competent, but a true Samaritan and humanist fit for the job. That the FGN provides funds for such emergencies alone is not any certification that victims of either natural or artificial disasters would find solace, except the head of NEMA also believes in the cause of distressed and traumatized humanity.

And Engr. Maihaja has not proved President Buhari wrong by his appointment as NEMA-DG. But the President sensed the enormity of such problems and decided to create an independent ministry of Humanitarian Affairs, Disaster Management and Social Development, headed by Hajiya Sadiya Umar-Farouq.

In spite of the multiplicity of the cases of Nigeria’s emergency on his hands, the NEMA boss has not departed from the Koranic injunction paraphrased in the analysis by Islamic Relief UK as “Being caring and compassionate for one’s fellow human beings is a central part of Islam… Feeding the poor and needy, supporting orphans, relatives and travellers, spending in the way of Allah… All of these references emphasize the importance of charity for every Muslim. Several Hadith – sayings of the Prophet Muhammad (SAW) – refer to this deep affection and brotherhood”

Though Maihaja performs an official function on behalf of Mr. President, the Minister and Nigerians, he is constantly guided by the tenets of humanism and compassion laced in religious injunctions. His actions and prompt responses to distressed Nigerians have decorated him with several badges of accolades from victims he has come to their rescue when all hopes seemed lost. He visits scenes of disasters personally and ensures trapped Nigerians have a reason to smile again and to thank or appreciate the FGN.

And watching the NEMA chief in operation reminds of Jesus Christ’s advisory guidance in Luke 10: 25; which says, “You shall love the Lord your God with all your heart, with all your soul, with all your strength, and with all your mind,’ and ‘your neighbor as yourself.” Indiscriminately, he sees every Nigerian trapped in any emergency situation his personal relation or brother.

Engr. Maihaja operates NEMA according to the philosophy of Paul Kurtz who said; “Three key humanist virtues are courage, cognition, and caring – not dependence, ignorance, or insensitivity to the needs of others.”

Like Linus Pauling emphasized, the NEMA boss is an ardent believer in the wisdom that true “Humanism is a philosophy of joyous service for the greater good of all humanity, of application of new ideas of scientific progress for the benefit of all.” And in whatever circumstance in his line of duty, Engr. Maihaja enlivens Germany Kent’s axiom, “Be nice to people… maybe it’ll be unappreciated, unreciprocated, or ignored, but spread the love anyway. We rise by lifting others.”

While no one prays for such damning distress in life, it comes anyway as the world is perpetually controlled by different forces. But Engr. Maihaja does not falter in the performance of his duties. He can be in Maiduguri today; Yola the next day and Onitsha or Lagos the following day in service of humanity. He traverses Nigeria responding to emergencies situations as easy as one moves to the next street in his neighbourhood even at the risk of his personal life. In all, he is strengthened by the conviction that it is service to his father land and his strength doubles by the day.

And toeing the footsteps of Richelle E. Goodrich, Engr. Maihaja knows that in a world populated by some unappreciative people, he cannot dump his good Samaritan garments because, there is the high tendency that; “At times we feel outnumbered in our attempts to improve the world—to brighten and beautify, to preserve and heal and do what’s best for humanity. Selfless efforts can start to feel beleaguering, discouraging, even pointless with so little support. It is at these times I remind myself that I would rather be the last Good Samaritan standing than to join the ranks of selfish multitudes creating misery.”

Onmeje wrote this piece from the United Kingdom.