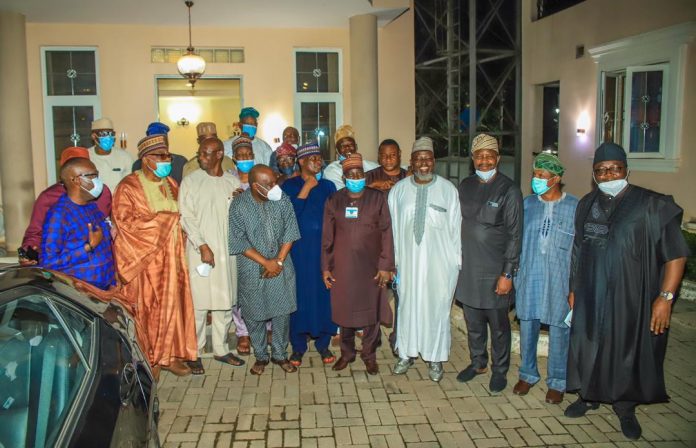 The governor Abubakar Badaru-led All Progressives Congress (APC) reconciliation have met with the party’s leadership and stakeholders from Oyo state with a view to bringing about genuine reconciliation and establishing lasting peace and unity between the stakeholders of the party.

A statement signed Friday in Abuja by the Deputy National Publicity Secretary of APC, Yekini Nabena, said a well attended meeting of the reconciliation committee held at the Plateau state government lodge on Thursday in Abuja, where all the leaders and stakeholders pledged to work together in ensuring APC become strong and formidable party in Oyo state.

The statement said that aside Abubakar Badaru who is Governor of Jigawa state and Chairman, other members of the Imo, Ogun and Oyo states reconciliation committee are governor of Plateau state, Simon Lalong; governor of Ekiti state, Kayode Fayemi; governor of Nasarawa state, Abdullahi Sule and governor of Gombe state, Muhammed Inuwa Yahaya.

The Chairman of the APC Caretaker/Extra-Ordinary National Convention Planning Committee and Governor of Yobe state, Mai Mala Buni recently inaugurated the reconciliation committee inline with its mandate to achieve peace building, true reconciliation and to give every member a sense of fairness and belonging.