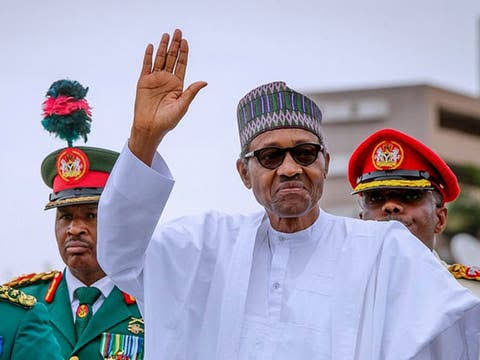 The Nigerians in Diaspora Monitoring Group (NDMG), UK Chapter, says President Muhammadu Buhari has repaid the confidence of Nigerians by securing the release of abducted Kankara students in Katsina State.

The NDMG made this known in a statement signed by its President, Cosmas Collins, on Friday, after an emergency meeting on Monday over the security situation back home in Nigeria.

According to the Nigerians in Diaspora, President Buhari’s swift action ensured the safe return of the schoolboys to the state capital on Thursday night.

The group also acknowledged the role of the Armed Forces of Nigeria, which it said has been “unrelenting in the fight to eradicate terrorism and insurgency”.

With the recent development, the NDMG said it is now proud to be identified as Nigerians, expressing hope that the country will soon find its place in the comity of nations serious about development.

The group, however, urged all Nigerians whether at home or in the Diaspora to join hands with President Buhari to make Nigeria safe and to set the country on the path to greatness.

Following the abduction of over 500 students at the Government Science Secondary school, Kankara, in Katsina State, Northwest Nigeria, last week, our group, which constantly deliberates on how to contribute our quota to making Nigeria better, called an emergency zoom meeting with members to discuss the security situation in Nigeria given that particular incident.

We were all shocked that hundreds of schoolboys could be taken away from their school premises by bandits and what it portends to the future of education in Nigeria and socio-economic growth of the country.

The manner members of our group responded to the call and joined the meeting was encouraging; so were the contributions of members who were visibly angry by the sad news.

At the end of the meeting which lasted close to three hours on Monday evening, we were able to conclude that for the Nigerian Government to win the respect and confidence of Nigerians and the International Community, it had to do something about the abduction and not allow it linger like the previous administrations were wont to do.

It was also unanimous that whatever steps the government would take, the boys should not be exposed to danger through risky and unsure measures but that their safety and well being should be core in deciding the best approach towards rescuing them.

The third point of agreement was that time, was of the essence and every single minute the boys spend in captivity would further erode the confidence of Nigerians as well as the International Community as there’s a limit it will get to that people would give up on the government.

Thankfully, as if reading from the minutes of our meeting, President Muhammadu Buhari immediately took action and moved in swiftly.

The administration acted promptly and in less than 5 days, secured the release of the boys who have all returned to the state capital hale and hearty by Thursday night.

This is highly commendable.

The Nigerians in Diaspora Monitoring Group, UK Chapter, is highly impressed by the prompt action taken by Nigeria’s President, which has led to the release of the Kankara boys.

The action has rekindled our hope in our dear country, Nigeria; and has reassured us that with the right leadership, that Nigeria will soon find its place in the comity of nations serious about development.

People in Nigeria cannot imagine the honour done to us by the action of the President which led to the release of the boys.

When the news went around that our government has been able to resolve without any incident, one of the biggest cases of kidnapping the world over, citizens of other countries have been calling to congratulate us demanding we share with them our experience and probably the formula used.

Lots of them have made inquiries about the person of the Nigerian leader, President Buhari and we were happy to share in the glory while relating to them the leadership acumen of our president and his expertise in security matters.

We were once again proud to be identified as Nigerians as we have a leader who has made us told our heads high despite what is happening around the world in the face of global challenges posed by acts of terrorism.

We are happy that Nigeria has set a standard for the world to follow in the act of combating global terrorism and insurgency.

We call on all Nigerians whether at home or in the Diaspora, to join hands with President Buhari to make Nigeria safe and to set the country on the path to greatness.

We also acknowledge the role of the armed forces of the country which has been unrelenting in the fight to eradicate terrorism and insurgency in Nigeria.

It has come to our notice that at a time, the Security  Chiefs, especially the Chief of Army, had to physically relocate to the battlefield and for a long time led the battle from the front.

This is what exemplary leadership is all about and we do not underestimate the impact it will have on the morale of the troops.

It appears like after so many years of trial, Nigeria is finally getting it right in terms of leadership and coordination.

We take cognisance of the fact that no nation attained greatness in a day as captured in the popular maxim, “Rome was not built in a day.”

So if Nigeria is finally beginning to get it right at this time,  then we have every reason to be happy with the leadership of the country which is making this possible.

We call on all Nigerians to support the President to take Nigeria to lofty heights.