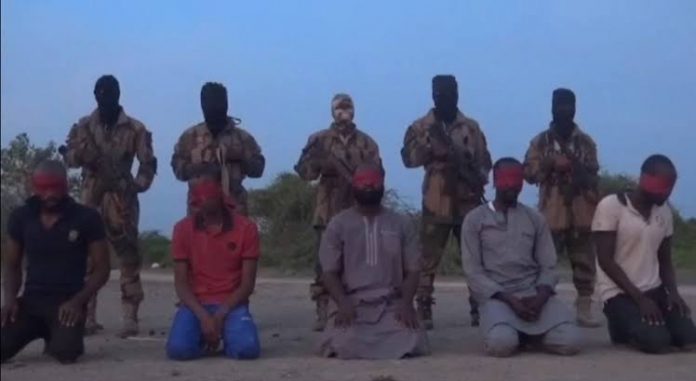 Terrorists activities in Borno State has refused to abate due to the flourishing but illegal business of smuggling in some local councils in the state as well due to the interests of some politicians who benefit from the lingering crisis, investigations have revealed.

Terrorists activities by Boko Haram which started in 2009 has refused to die down completely in Borno State despite the heavy military clampdown on their activities over the years.

The military had in 2010 routed the terrorists and arrested their leader, Mohammed Yusuf and handed him over to the police which sent the sect underground for almost two years before the resurfaced.

The military since the coming of the current administration has been able to defeat the terrorists and overrun their operational base at Sambisa forest while recapturing 20 local councils spread across Borno, Adamawa and Yobe States.

The Nigerian military had between April and July also killed more than 1500 of the terrorists including over 30 of their top commanders and arrested more than 40 of their informants.

But while the activities of the terrorists have been curtailed in the Northeastern states of Adamawa, Gombe, Bauchi and to a large extent, Yobe, they have continued to regroup around communities in Borno around the Chadian border where they sometimes launch attacks on communities.

The terrorists had in July attacked a community in Gubio where they killed about 80 persons including women and children.

Investigations by our correspondents have shown that the activities of the terrorists in the other states outside Borno were checked through sustained collaboration with the political class in those states and the effective manning of border points.

Residents of border towns in those states raise alarm when they detect any suspicious movements and close ranks with security agencies to nip the situation at the bud.

The situation is however different in Borno State where the political class h refused to cooperate with the security agencies and some businessmen prefer to sustain the reign of terror due to their political and business interests.

At stake, our correspondents discovered, is the thriving illegal business of smuggling from where tonnes of rice and other banned items are smuggled into Nigeria while millions litres of fuel are transported into Chad and other neighbouring countries.

The route has also become the hub of illegal arms importation due to the withdrawal of most security agencies from the area for fear of being attacked by the terrorists.

A source at the Banki axis who prefers not to named, told our correspondents that the business works both ways for terrorists and the smugglers.

“While the insurgents are able to smuggle arms through these routes, the other businessmen ship contraband with little or no fear of being apprehended.”

He said while the fear of Boko Boko Haram drives away other competitors, those who are deep into the business prefer to sustain it as the volume of their smuggling activities has intensified.

The major smuggling route is along Gamboru-Banki and Gaidam axis of Borno State.

Nigeria’s Ministry of Interior, had a time disclosed that there are over 1,499 illegal and 84 legal officially identified entry routes into Nigeria.

The ministry confirmed that the existence of the illegal routes permit illicit transnational arms trafficking and that terrorists and smugglers take advantage of this leakage to smuggle small arms and light weapons (SALWs) into Nigeria, as a result of which over 70 percent of about 8 million illegal weapons in West Africa have found their ways to Nigeria.

Several arrests have been made in the past by the Police  and Customs but these have not deterred the smugglers.

A Custom official told our correspondent that they have apprehended smugglers of  assault rifles who hide them in sacks of maize several times.

The Borno-Yobe Command of the Nigeria Customs Service (NCS), had at a time seized a truck conveying 300 bags of imported rice in Borno.

The Zonal Controller of the Command, Abdullahi Biu, who made the disclosure, said the truck was intercepted by men of the command along Bama-Banki Road following intelligence report that it was conveying imported rice concealed with animal feeds and charcoals.

Nigeria is a diverse country covering 923, 768 square kilometers with more than 36, 450 kilometers of land and

with Benin Republic in the West, 90 kilometers with Chad

kilometers with Cameroon in the East and shares 853

kilometres of maritime border with the Atlantic Ocean

known as the Gulf of Guinea along the southern coast line.

A recent independent study on border crime has shown that the phenomenal rise in smuggling of goods, money laundering and drug trafficking and other trans-border crimes within the border areas with Borno State has become a major source of worry, more so as it is growing in scale and momentum without a corresponding clear and coordinate strategy for dealing with it.

Problems caused by porous borders in Borno State over the years, almost put the economy of the country to a halt, the study concluded.

On the political turf, there are indications that many of the politicians in Borno do not want the insurgency to end because it serves their interests in various ways.

The terrorists according to our findings have scared away many top politicians from the state who would have given their local counterparts a good run for their money.

Such politicians hardly stay beyond two days and hurriedly leave while many have not been to their communities for years.

The politicians on ground see this as working in their favour and prefer the situation perists.

The insecurity also shields public office holders especially at the local government levels from accounting for the resources allocated to them and provides them with good excuses not to do any project.

A source told our correspondents that, “The local government funds have become an all purpose funds that can be disbursed without scrutiny.”

These have made the stakeholders reluctant to sit down and find a lasting solution to the problem and sometimes antagonize the military for doing its job.

One of the top politicians however denied the allegation saying the reason they sometimes don’t raise their voices against the terrorists is due to fear of being attacked.