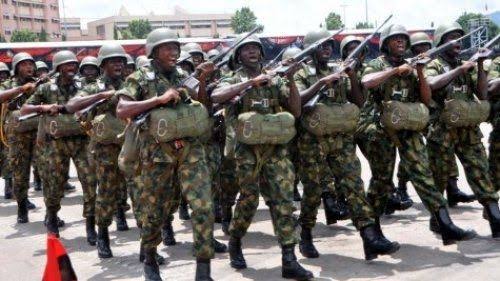 The Progressive Yoruba Youth Congress (PYYC) has warned ethnic bigots to steer clear of the military and avoid politicizing its internal administrative matters.

PYYC’s caution trails the manner the recent reshuffling of senior officers was interpreted in some quarters despite being an obvious routine exercise.

In a statement signed by president, Mr. Kola Salau, the Yoruba youths said it is “disappointed that certain interests are attempting to incite the Yoruba nation to take offence” at the redeployment of commander Operation Lafiya Dole.

PYYC wondered why the same group didn’t put in similar energy when one of them, Lieutenant General L.O. Adeosun, was given an accelerated promotion.

The Yoruba youths, however, expressed its support for the military, the Army, in particular, under the leadership of Lt. Gen TY Buratai.

According to PYYC, the Army chief has shown exceptional patriotism and passion for competence and capacity over personal interest.

The Progressive Yoruba Youth Congress has noted with alarm the attempt to politicize what should otherwise be internal routine administrative matters in the military. Our sense of alarm arose out of our concern for the consequences that such unbecoming trend have for the long-term stability of the country.

The most recent of this ill-advised impugning of political meaning into military matters are the faulty reactions from some quarters to the routine reshuffling of senior officers that is now being interpreted as punitive when that is not the case.

Some ethnic bigots are alleging that the immediate past Theatre commander of Operation Lafiya Dole, General Olusegun Adeniyi, was redeployed because he spoke out about operational challenges. Whereas we are aware that General Adeniyi was sent to be a research fellow at Nigerian Army Resource Centre (NARC) in Abuja, where he would be able to share his field experiences with others and therefore make the institutional knowledge readily available to others.

The Progressive Yoruba Youth Congress is disappointed that certain interests are attempting to incite the Yoruba nation to take offence at this redeployment when the assignment of commanding Operation Lafiya Dole is not the birthright of any ethnic group. Commanders from other ethnic nationalities had occupied the position in the past and more from other ethnic nationalities will still man the position until the terrorism is wiped out from the northeast of the country.

We wonder why these same interests did not mobilize the Yoruba nation to protest when one of them Lieutenant General L.O. Adeosun was given an accelerated promotion to his current rank, which by the way places him on the same rank as the Chief of Army Staff. This was in recognition of his gallantry and is consistent with the Yoruba drive for competence and excellence.

The Chief of Army Staff (COAS), Lieutenant General Tukur Buratai has demonstrated similar passion for competence and capacity, which gives us the impression that he must be a Yoruba son to have such preferences. We are pleased with his stature as a detribalized statesman whose actions are guided by patriotism at all times and will never descend low as to vilify any officer.

The Congress therefore wholeheartedly supports the Nigerian military, particularly the Army under the able leadership of Lt. Gen TY Buratai while urging Nigerians to continue to give him their support.

We however warn detractors of the military to stop giving ethnic slant to internal workings of the military. Those behind the campaign of calumny against the military should learn to give up because all their previous and ongoing attempts to infiltrate the military have failed and will continue to fail because of the detribalized leadership that is in place in the military. We warn these ethnic bigots to stay away from the military as it is not an institution that is open to their interference.