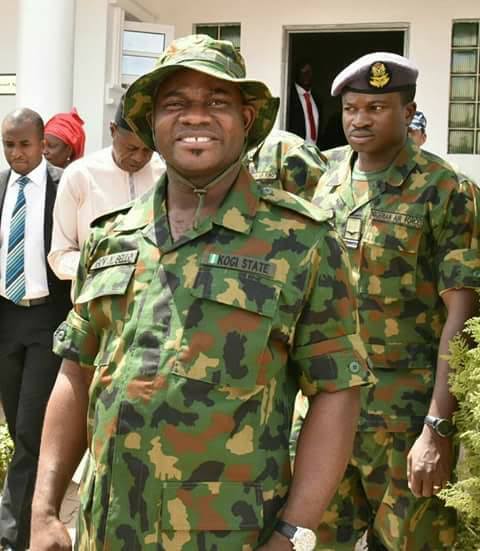 The people of Omala Local Government Area of kogi state both at home and  in the diaspora  have called on the governor, Alhaji Yahaya Bello and the Security Agencies to unravel those behind the incessant killings of the people across Omala  LG by ‘unknown’ gunmen.

They noted that in recent times some villages in Omala have become epicentre for senseless killings by alleged gunmen believed to be herdsmen which had resulted to  death of scores  of the people and burning down of some villages in the Local Government Area.

They particularly asked Governor Bello to work his talk on protecting lives and property of the people across the state by deploying crack detectives to the area to permanently uncover and bring them to book those behind the dastardly acts.

Meanwhile, this  call was sequel to the recent killing of a 50-year-old woman, Mrs Mary Jekeli Edibo ( Mama Dorcas)  by unknown persons in Omala Local government area of Kogi State,

The woman who hailed from Agbenema-Ife , a surbub of Abejukolo, headquarters of the Council  was mowed down by her assailants while returning home from a neighboring Agabifo village.

The deceased, a petty trader, who was said to have returned from a local market earlier in the day, went to see her customers in the neighbouring village and was returning when she met her death.

According to State Police Command’s Public Relations Officer, DSP William Ayah, the deceased brother, one Mr Abdul of Agbenema community reported the matter the following day of the incident  at Abejukolo, the Divisional headquarters of Omala LGA.

Aya said when the police team went to the scene of the incident, they discovered that she sustained deep cuts on her head and part of the face. “Our men took the photograph of the scene and were to take the remains for a post mortem examination but the family declined,” he explained.

He, however, said the police has commenced  investigation into the matter  and has mounted intensive surveillance around the communities and called on the people not to panic as his men are on  top of the situation.

The incident was coming barely four days after a middle-aged man was similarly murdered in a nearby community. The victim, Malam Amodu Oma Ucha of Ajodoma village, was also macheted on his way to the farm.

Similarly, another man, Ochala Adama narrowly escaped death after he was shot while working on his farm at Abejukolo about three weeks ago by those he described as herdsmen who had brought their cattle to graze on his crops. He barely managed to escape with gunshot wounds.

Investigations by SunriseNigeria has revealed that the recent displacement of herdsmen from some states in the Southern parts of the country has led them to relocate to the middlebelt states, particularly the eastern flanks of Kogi State and Benue States.

However, rather than grazing peacefully on uncultivated lands, the heavily armed herdsmen not only destroy the farms of their unwilling hosts, but they also attack the locals without provocation. The women too are not spared by these marauders, as there have been several cases of them being raped and then killed.

According to him, the current crop of herdsmen were not the usual ones known to the local communities. “We grew up in these communities interfacing with fulani herdsmen and even assimilating them as part of us. Our fathers would lovingly give them lands to settle and graze their flocks”.

“Unfortunately, it is not the case now as people can no longer pursue their means of livelihood, which is mainly farming. Today, they come, heavily armed with sophisticated weapons to attack, kill and destroy farms. This cannot, and should not, be allowed to continue”.

Odaudu charged both the Omala local government and the Kogi state government to rise up to their primary responsibilities of protecting the people, noting that Omala people would refuse to be made refugees in their own homelands.

Meanwhile, the Senior Special Assistant to the Governor on Security , Omala Local Government Area, Hon. Ibrahim Aboh has vowed to do everything within his powers to ensure peaceful coexistence in the LGA.

He warned miscreants to leave the Omala Soil or they should be ready to meet their waterloo, while appealing to the people to remain calm assuring them that the law enforcement officers are   working round the clock to safeguard their lives and properties.