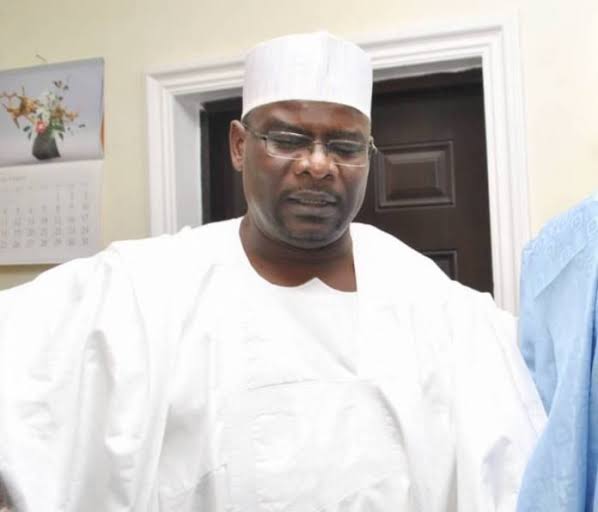 I expect Nigerians to persistently and courageously interrogate their leaders who hold any mandate in public trust. This is a cliché resounded so many times to the point of boredom. But most of us ignore or prefer to overlook it for very selfish reasons.

May I not sound like a simpleton. But some of these politicians are the architects of our problems and they seek elevation to promote very personal interests, which are detrimental to us and public good. And It is not a healthy development either for the confined development of places where these leaders are anointed to lead or for the general good or progress of Nigeria.

Holding leaders accountable and answerable to us is a lawful duty, which is also flavored by religious sacredness. And sustaining the tempo of subjecting these leaders accountable for their past and present actions must not be preached before all of us understand its potency.

A nation with a complacent citizenry easily sounds its death knell irremediably! But the generality of Nigerians appears to be contented with the inglorious path of overlooking our leaders and whatever they do even in our collective degeneration.

How many of us have ever heard of Sen. Mohammed Ali Ndume? He is a national parliamentarian who makes laws that govern all of us. Ali Ndume is qualified by every touchstone of assessment to be described as the doyen of lawmaking in Nigeria and a distinguished legislator. Since 2003, Ali Ndume has been on the corridors of the National Assembly (NASS) from the green to the red chambers now. He is from Borno and currently represents Borno South senatorial district in NASS.

But I doubt if he has added value to his constituents or home state of Borno or Nigeria. Though from a region which smokes with acerbic terrorism, his actions are overtly coloured with embroideries of a leader neither enthusiastic about peace nor the security of his people, even though occupying a vintage position of leadership. His utterances about counter-insurgency operations in the Northeast are “very discouraging,” if one borrows the phrase of popular comedian Gondons.

Sen. Ali Ndume appears like someone whose only preoccupation is how to work behind the mask and scenes to ensure Nigeria is eternally tethered to the strings of Boko Haram terrorism. Ndume and his minions seems to have covenanted with the devil in ensuring distressed populations and the people devastated by years of insurgency never find consolation on account of the overriding materialistic and political gains a prolonged insurgency war berths on their doorstep!

Most annoyingly, Sen. Ali Ndume and his league of evildoers think Nigerians are unaware of their political manipulation of the Boko Haram insurgency. And in furthering this sinister plot covertly, Ali Ndume, especially carelessly undermines the military’s wakeful nights, scorching sun, unbearable downpours and sacrifices to anchor peace and security for his kith and kin. And politicians of his ilk are too many in the Northeast. There is every need for security agents to beam a search light on them before we are led to the Golgotha to the cheers and jeers of their apostates.

Despite President Buhari’s endless struggles and commitment to end Boko Haram terrorism, they still find demonic methods to puncture it. It doesn’t matter to them if the entire Northeast region is engulfed in the flames of Boko Haram insurgency, insofar as political milestones and wealth accumulation interests are secured, the Machiavellian style.

Nigerians sitting on the fence; I mean the onlookers, engaging in idle talks about the inability of President Muhammdu Buhari to completely blight the fire of terrorism within timeframes, without probing the roles of politicians in the region or cautioning them are unpardonably worse enemies of this country. An African proverb says, a man whose house is on fire should not stand aloof while neighbours converge to help him put out the fire.

But in Borno state, the reverse is the case. While President Buhari and the Nigerian military are doing everything humanly possible to completely exterminate the fire of terrorism, Ndume and his soul mates, suspiciously retire into dark shadows to enliven the fire for repulsively selfish gains.

Most politicians in the Northeast, despite publicly feigning joy over decimated and defeated Boko Haram insurgents, but still giggle in exclusive places, eternal sadness that our troops led by the COAS and punch man of the counter-terrorism operations, Lt. Gen. TY Buratai has not allowed it to smoulder anymore. More and more villages and communities in the Northeast are experiencing peace. There is mass exodus of IDPs from camps back to previously ruined and deserted villages.

It goes to say, as forlorn villages swell with populations of returnees, IDPs camps in the Northeast have depleted considerably. So, the politicians are no longer ennobled to pressurize the National Emergency Management Agency (NEMA) for emergency contracts on relief materials supply. It’s a punch below the belt, but stunningly expresses the odiousness of some politicians in Nigeria. While anguished people suffer all forms of deprivations, they regale in profiteering over their unfortunate fate.

Again, the years of insurgency in the Northeast have opened up the vaults of states anf local governments for plundering by politicians, who nicely help themselves to public commonwealth and retire account books as monies spent on security. It’s difficult to probe security expenditures and it is their fervent prayers that Boko Haram terrorism should never end. They prefer the Northeast to be overran by insurgents and should become a ghost region, while they smile to the banks every day to service their already fat personal bank accounts.

Furthermore, it is quite a “crazy” idea that President Buhari should put his foot on ground to ensure Boko Haram becomes history in Nigeria. To these reprehensible political sons and daughters of Jezebel, a festering Boko Haram, freely visiting awful and horrendous atrocities on Nigerians, spurring national and international outrages against the government of the day would cause Presidential invitation of some prominent politicians to anchor talks with the fanatical, religious dissidents and killers. Sponsorship of negotiations with leaders of insurgents by the government swallows sumptuous sums of taxpayers’ money from security votes.

And the monetary gains are amazing. Politicians have built mansions, business empires and acquired shares in national and global companies from the proceeds of this evil acts of negotiations with terrorists. So, the beneficiaries of such scams are finding it difficult to reconcile with the reality that insurgency is no longer viral to require government’s recruitment of their services to personally enrich themselves. Sen. Ali Ndume is a living testimony because under the administration of ex-President Goodluck Jonathan, he served on the committee that anchored talks with Boko Haram.

Though, the talks with Boko Haram were fruitless, but the members benefitted from the largesse of federal sponsorship of negotiations with terrorists. I challenge Ali Ndume to publicly state how much each member of the committee received in estacodes and allowances on this lawful “national duty.” We shall be shocked, if the figures are published.

Nonetheless, there has been a trend of perpetuation of elected leaders in the age and region of Boko Haram insurgency in the Northeast. I can’t just imagine that Sen. Ali Ndume has been the best brain in Borno South axis and so since 2003, he has been in NASS. He moved from House of Reps to the Senate and has remained glued to date.

The reason is that the people he represents are already distraught, distressed and dehumanized by insurgency. Naturally such constituents are more obsessed with every day survival and how to get back to their forsaken homesteads, than the psychological and mental stability /co-ordination to pry into the quality or otherwise of those elected to represent them. Therefore, year in; year out, once the politicians pick reelection tickets on a political party’s platform, victory is assured seamlessly. Why would should politicians work for Boko Harm insurgency to end?

Closely related to it too is the subsisting atmosphere of insecurity in the region, which does not give room for a robust electioneering campaigns itinerary of potential leaders vying for elections. For the years Boko Haram raged in the Northeast, constituencies most hit by the scourge, have aspiring leaders campaigning at IDPs camps only. They take a few items to IDPs camps and reel out deceptive messages, which the traumatized people have neither the energy or mental comprehension to discern.

And on election day, agents of same politicians, some of whom would purchase IDPs Permanent Voters Cards (PVC) and invade the camps with little cash as baits to sway their votes. It moderates campaign expenses. Why would such politicians want Boko Haram terrorism terminated as President Buhari and leader of the counter-insurgency operations, Gen. Buratai struggles every day?

So, Sen. Ali Ndume and his irksome lot are allegedly principal beneficiaries of this skewed system. And much against reason, they are inherently afraid of peace in Borno State and plots subversion of anti-terrorism operations every day to keep the insurgency war ferociously and menacingly raging. They commune with Angels in the day time, kicking against terrorism, but wickedly relapse into the darkest chambers of Lucifer to promote it at nights. These are questions the governed should fearlessly and consistently be asking their leaders.

Murphy is a security expert and contributed this piece from Calabar.