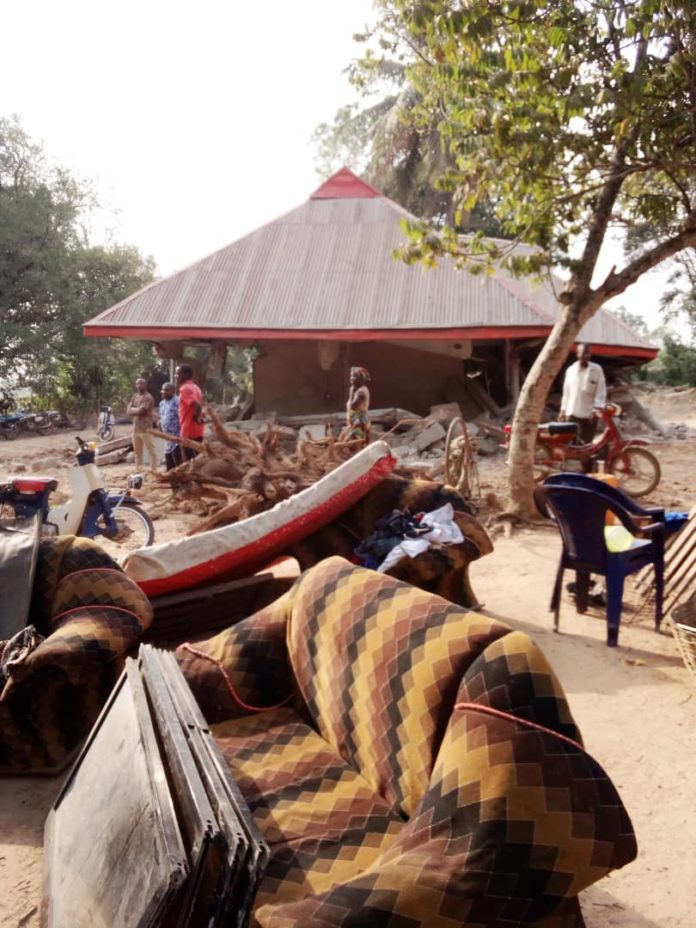 The Human Rights Defenders of Nigeria (HURIDE), Ebonyi state chapter has blasted governor David Umahi over the forceful and unlawful demolition of people’s ancestral homes in Ezza North LGA of Ebonyi state for the Airport project without exhausting all due processes.

Some security personnel on Thursday led bulldozers to demolish some house in Ezza North local government area of Ebonyi state, allegedly on the instruction of the state government for the purpose of building an Airport.

But the state chairman of the rights group Comrade Sampson Oko Nweke, assured the victims of Thursday’s demolition of justice through the court of law.

In a statement made available to newsmen after its executive meeting, Comrade Oko Nweke recalled that the state government had recently tipped for bulldozing, some communities in Ezza North LGA as his preferred area for Airport construction without due consultation and compensation.

The rights activist said his group is not against the Airport project by the state government or the location of the project, “but the unlawful, inconsiderate and delinquent processes of acquiring the lands (people’s villages) for that purpose.

Oko Nweke regretted the hurriedness of the governor to misplace, dislodge and dislocate the poor Ezza people and renders them homeless; querying why the governor tends to be disregarding and ignoring the court of law before where the matter between the embattled people and the state government is still pending.

“How can the government just rise in utter disrespect to court proceedings, invade people’s ancestral homes with heavily armed security men and start destroying and demolishing their houses, farmlands, economic trees, churches, and shrines without due consolations, fair compensations or alternative settlements.

“For crying out loud, this is a ruthless strategy, an inhumane treatment, a vindictive approach and a total show of disrespect for the rights of the common people. A development stride should be a source of succor and comfort and shouldn’t mean to inflict pains, agony and sorrow.

This recent action of the state government is totally condemnable, utterly reprehensible and worrisomely shameful and must be seen and regarde as such,” Oko Nweke lamented.

HURIDE Ebonyi chairman further expressed worries over the precarious condition of the displaced people of Ezza North who he said “now wallow like rodents with no roof over their heads.

He vowed that “the group is ready to explore all available avenues within the known boundaries of the law, to ensure the situation are timely remedied and damages adequately recompensed.”

He also assured all Ebonyians of the group’s avowed relentlessness in defending and protecting their rights and liberties in line with the group’s mission of advancing peace in Ebonyi state and the world at large.