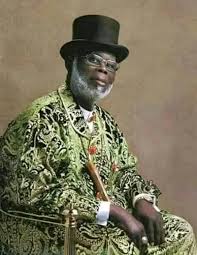 A group; Civil Society Coalition for Peace and Justice (CSPJ) in conjuction with the Kalabari Heritage Forum (KHF) have called on the Rivers state governor, Nyeson Wike, to immediately intervene in the crisis rocking the popular family of late Chief Olu Benson Lulu-Briggs.

The group urged all the warring parties to sheath their swords and allow peace to rain even as they demanded immediate burial of the late business mogul and philanthropist, late High Chief Olu Benson Lulu-Briggs.

The late Benson Lulu-Briggs, hailed from Abonnema, Rivers state died upon arrival at the Kotoka International Airport, Accra, Ghana aboard a private aircraft on 28th December, 2018 but yet to be buried due to family disagreement on the circumstances in which the late oil magnate died.

Addressing a press conference in Abuja on Tuesday, the convener of CSCPJ, Barr. Obor John Ogbu and President of KHF Comrade Ebitemi Atarhe, told newsmen that “the overwhelming population of Kalabari people and Nigerians at large who are beneficiaries of the fine legacies of Chief Lulu-Briggs demand that the rife and bitterness in the family must end now.”

The groups took to what they described as “hostile actions of Chief Barr. Dumo Lulu-Briggs as it concern the delayed burial of his father, which has kept so many persons of Kalabari extraction bitter and frustrated.

“It is rather disheartening that Dumo being one of the three eldest sons who are supposed to lead the other family members by example is on the verge of making the labour of High Chief Lulu-Briggs slip into vanity. Dumo was quick to maliciously apply vide ex-parte motion for a Judicial Inquiry into the death of his 88-year-old father before Kaneshie District Court 2 in Accra, Ghana, whereupon his application was granted and an order made accordingly. In ordering for an inquest, the court said events following the philanthropist’s death gave it reasonable cause to believe that he did not die of natural causes, and ordered the police to produce all processes and documents in their custody, including an autopsy report.”

The Kalabari group also recalled that the need for an autopsy on the remains of the revered octogenarian was instigated by the 10th April, 2019 petition authored by Dumo’s lawyers to Nigeria’s Inspector General of Police (IGP) on his behalf and with the support of two of his brothers, Senibo and Sofiri Lulu-Briggs.

While calling for peace and the need to carry out a proper burial for the late philanthropist, the group urged Dumo to shield his sword, “and stop the unnecessary battle for the sake of his late father.

“We appeal to the other children of Chief Lulu-Briggs and Chiefs of Oruwari Briggs House of Abonnema to fix a date for the interment of their patriarch. The spirit of Chief Lulu-Briggs should not be allowed to hover around the surface of the earth endlessly. He should be laid to rest before 28th December, 2019 so that he does not remain in the mortuary for complete one year.

“We call on our sister organizations and all lovers of worthy causes to troop out in large number come next week Monday, 9th December, 2019 as we take our mass protest to Port Harcourt, Rivers State with the aim of compelling Dumo and the relevant stakeholders to bury Chief Lulu-Briggs and allow peace reign supreme in Kalabari Kingdom.

“Finally, we urge Governor Nyesom Wike who is the father of Rivers State and has visited the family house of late Chief Lulu-Briggs recently to wade stronger into the crisis with a view to bringing it to a swift end.”