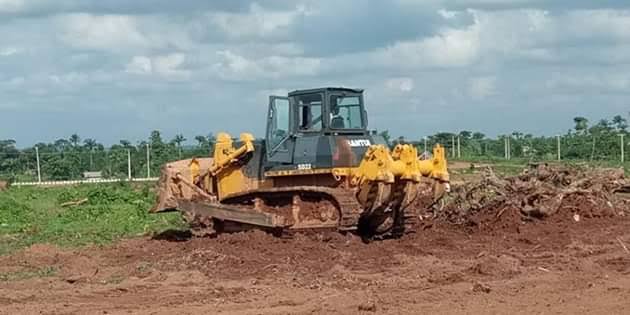 The Association of Ebonyi State Indigenes in Diaspora (AESID) has condemned in strong terms the content of the communique issued by those it described as apologists of the state government from Ezza extraction under the auspices of Ezza-Ezekuna Stakeholders, threatening the peasant farmers whose ancestral lands had been forcefully acquired by the Ebonyi state government for an airport project without compensating and resettling them.

The Ezza-Ezekuna Stakeholders had in the said communiqué carried as advertorial in some dailies in late January passed a vote of confidence on the state government for forcefully taking over the ancestral land of the peasant famers for the controversial Airport project.

But reacting to the communique through a statement signed Thursday in Abuja by AESID’s spokesman, Ambassador Pascal Oluchukwu, described the intervention by the Ezza-Ezekuna Stakeholders as ‘sycophantic’.

The statement expressed “dismay that some people could join the Ebonyi state government to intimidate the peasant farmers whose ancestral lands were forcefully acquired instead of following the due process of acquiring individual lands for public use.

“It is trite law that while the Land Use Act gives the governor powers to acquire any land for overiding public interest, same law provides for adequate compensation for the farmers whose farmlands and ancestral homes have been forcefully taken.

“While we do not desire to go into the desirability or otherwise of an airport now in the state because we know that this government in the state hardly does anything that benefits the people but themselves. We believe that this project is about the supply of cement and other materials by a particular family in the state.”

While expressing its unflinching support towards the displaced farmers in their trying moments, the group also commended the land owners for choosing the path of constitutionalism in seeking justice instead of resorting to self-help despite lots of intimidations and “by the government apologists to frustrate them.”

The association further admonished the state government to note that the welfare of the people is central to the mantra of governance and that “the Ebonyi state government should refrain from their wicked acts of intimidations through their proxies, apologists and agents and rather be grateful to the displaced farmers who are enriching our legal jurisprudence by being civil. In the end, governments come and go and life continues,” the group said.