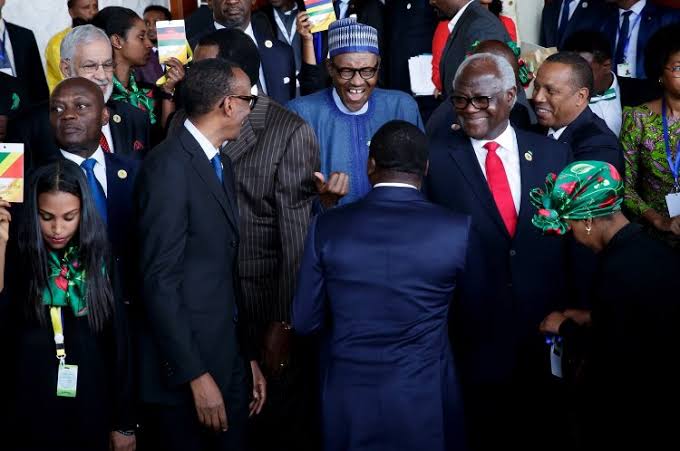 A political activist and former Deputy National Publicity Secretary of the All Progressives Congress (APC) Comrade Timi Frank, has threw the coins at the Economic Community of West African States (ECOWAS) for appointing General Muhammadu Buhari to champion the fight to end the deadly COVID-19 Pandemic in West Africa.

In a series of tweets on his twitter handle @RealTimiFrank on Friday, the former APC spokesman questioned ECOWAS’ credibility and the criterion in which they selected General Buhari as head to champion fight against this Pandemic that is slowly sweeping the world.

Frank said that General Buhari has long displayed incompetence in taking the lead, adding that ECOWAS has “compromised in their leadership and they’ve clearly fitted that their basis of selecting Buhari was political.”

In one of his tweets Frank said: “It is a disgrace to Ecowas for appointing incompetent Buhari to champion fight against COVID-19. For a man that doesn’t know what COVID-19 means. How can he now lead fight on what he doesn’t understand. You can’t give what you don’t have. May God help Ecowas regions for this mistake.”

The Bayelsan activist also warned ECOWAS of endangering the regions in fighting the COVID-19 pandemic.

He further said it was the same mistake African Union (AU) made by appointing Buhari as Ambassador to champion the fight against Corruption in Africa, considering the fact that corruption has ravaged Africa.

“So I call on ECOWAS to revert their position on Buhari to lead the fight against COVID-19. This was the same mistake AU made when they appointed Buhari as Champion to fight Corruption in Africa. And now corruption is a usual breakfast in Africa. May God help us to save Nigeria.”

He however praised the likes of Rwanda’s Paul Kagame, Tanzania’s Dr. John Magufuli, Kenya’s Uhuru Kenyatta, and Ethiopia’s Abiy Ahmed for their remarkable achievements in and across Africa.

He labelled them true leaders who doesn’t compromise Africa for their selfish gains.

“Kenya, Tanzania, Rwanda, Ethiopia are not up to the size of Nigeria in terms of population and Eeconomic size. But they’ve done far better than Nigeria in recent times. How can Ecowas rely on a Buhari that Nigerians doesn’t have access to. Nigeria has lost the mantle of being the Giant of Africa under Gen. Buhari’s watch.”

He ended his assertion by saying that “If it is by the basis of competence and ideas to lead any nation, then Gen. Buhari shouldn’t be called. He understands nothing. Except the ECOWAS and AU are only trying to embarrass Nigeria. Because he’s so incompetent, he can’t perform any assignment given to him.” Timi Frank stated.