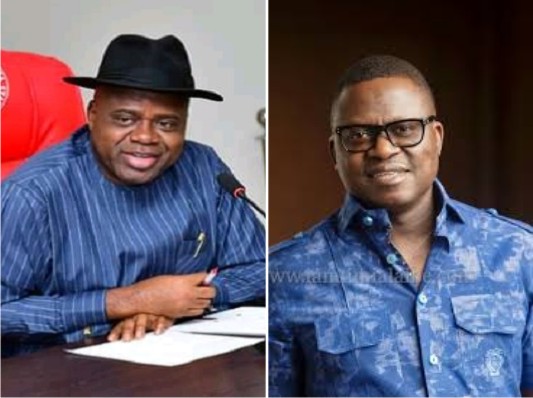 A political activist and former Deputy National Publicity Secretary of the All Progressives Congress (APC) Comrade Timi Frank, has condemned governor Douye Diri of Bayelsa state for rejecting a congratulatory message sent to him by his challenger and former Managing Director of Niger Delta Development Commission (NDDC) Chief Timi Alaibe, after the Supreme Court judgement.

Frank said the attitude of the governor has clearly shown that he (Diri) will govern the state with a heart full of bitterness, for the sleepless nights he had while the case against him was ongoing.

Alaibe, who contested the Peoples Democratic Party (PDP) governorship ticket with the governor had challenged Diri’s candidacy to Supreme Court but lost. The former had, however, sent a congratulatory message but the later rejected the message publicly.

Responding to the development through a statement on Tuesday, Timi Frank said governor Diri has proven his inexperience as a politician “and not worthy to hold a public office.”

Frank described as a sad development for a sitting governor, who should have rather called on those who opposed him to support his administration but decided to take an unpopular decision.

The Bayelsa born political activist declared that Diri’s action will surely hunt him for the rest of his tenure.

Frank believes that it is never a crime for Alaibe to contest his right in Court, adding that if not for the same Court Diri wouldn’t have become a governor.

While commending the former NDDC boss Alaibe for his political maturity and consistency, Frank said governor Diri has portrayed himself as a non-accommodating leader.

“Jitry governor Diri became the governor through a back door. Instead of him to appreciate God’s faithfulness in his life, he has turned himself to the Biblical Bayelsa’s Nebuchadnezzar by openly rejecting a hand of fellowship extended to him by the much loved Timi Alaibe.

“Governor Diri should not forget so soon that Bayelsans did not Vote for him as governor because he was not their choice but Court and providence did.

“Diri has forgotten that four years will end before he knows it. The governor’s proud heart will soon dissapoint him. If Diri was not jitry, how come he couldn’t appoint his Commissioners months after Court declared him governor?

“By this singular act of ungratefulness, Douye Diri should prepare to give account of all his steps and policies everyday. The Bayelsans will hold him accountable for each step he takes henceforth.”

Frank, however called on Alaibe not to be detterd or pay evil for evil as a much loved politician in Bayelsa state.