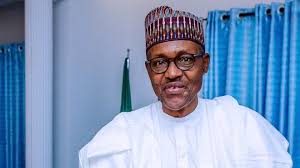 A group of Nigerian professionals in 44 European countries have passed a vote of confidence in the leadership of President Muhammadu Buhari.

The Association of Nigerian Professionals in Europe (ANPE) made this known in a communique after its extraordinary emergency assembly, held at The Hotel Urdanibia Park conference hall in Spain on Monday.

In the communique co-signed by President, Dr. Agwu Onyeke and 13 country heads, ANPE said there is need for all to support President Buhari and the military in the fight against terrorism.

As part of the issues identified and resolved, the Nigerian professionals frowned at the “ despicable killing of clergies and humanitarian workers by the Boko Haram/ISWAP group” which it described as “politically motivated”.

While acknowledging the efforts of the gallant troops, the group hinged the escalation of the crisis in Nigeria on foreign conspiracies and local actors to trigger ethno-religious war in Nigeria.

After extensive deliberations, however, the ANPE passed a vote of confidence on the Buhari-led administration in tackling the various security challenges in the country.

While hailing the Service Chiefs for raising to the occasion amidst conspiracy from desperate politicians, it further urged Nigerians to unite in the fight against terrorism.

The Association of Nigerian Professionals in Europe is an organization consisting of Nigerians from all works of life in from the 44 European countries. Its strategic objective is to serve as that think tank for the cross-fertilization of ideas that would lead to the socio-economic advancement of Nigeria.

The Association of Nigerian Professionals in Europe boasts of its members in strategic industries and holding strategic management positions in blue-chip companies, the academic, as well as the government and organized private sector across Europe.

It has, over the years, contributed to the socio-economic development of Nigeria by proffering policy support to critical sectors of the Nigerian economy through the wealth of experience of its members in the countries in Europe.

This Extra-Extra Ordinary Assembly was principally converged to assess the efforts of the Muhammadu Buhari led administration in the fight against terrorism and other violent crimes in Nigeria a routine exercise in fulfillment of its core mandate.

At the Emergency Extra Ordinary Assembly of the Association of Nigerian Processionals in Europe that had members from various European countries, deliberated on the spate of insecurity in Nigeria and the efforts by the relevant authorities in tackling the situation appropriately.

The members deliberated on the issues raised, and at the end of the assembly, suggestions were made. Policy advice congregated for onward delivery to the relevant organs of government in Nigeria.

The following issues were identified and resolved:

The Association of Nigerian Professionals in Europe condemns the despicable killing of clergies and humanitarian workers in Nigeria by the Boko Haram/ISWAP group.

That most of these killings were politically motivated aimed at destabilizing the relative peace enjoyed across the country.

Acknowledges the efforts by the Military and the Muhammadu Buhari led administration in the rebuilding of the North East, the provision of jobs for youths across the country as well as its display of an unalloyed commitment to the unity of Nigeria.

That the bulk of the pockets of violence might still be hinged on the outcome of the 2019 general elections whose outcome did not go down well with some politicians and as such, they have been sponsoring pockets of violence to discredit the administration of President Muhammadu Buhari

That the effort of the Nigerian Military in the fight against terrorism is indeed brilliant and must be commended by all well-meaning Nigerians.

That most highly placed Nigerians always put their interest above national interest and which is responsible for the increased criminality experienced in some parts of the country.

That the Association of Nigerian Professionals in Europe after extensive deliberations passed a vote of confidence on the Muhammadu Buhari led administration in tackling the various security challenges in the country.

That the efforts of the Service Chiefs in this regard are indeed commendable and an indication that in a matter of time, the war against terrorism would be over in Nigeria.

That Nigerians from all walks of life should extend their support to the government’s quest to making Nigeria secure and safe for all concerned.

That the Association of Nigerian Professionals in Europe condemns the attempt by some politicians to politicize the operations of the Nigerian Military.

That the Association of Nigerian Professionals in Europe is in support of the giant strides of the Muhammadu Buhari led administration in its efforts at making Nigeria a secure and prosperous country.