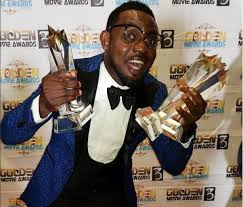 Nigerian film maker and comedian, Ayo AY Makun popularly known as AY has sealed a deal with the Huawen Movie group in China to collaborate on the making of his next project, ‘30 Days in China’.

The comedian revealed the collaboration via an Instagram post where he had a meeting with executives of Huawen Movie group, an arm of the Huahua Media.

AY is joined on the journey by Mr. Wang, chairman Huahua Media, and Moses Babatope of the Filmone Entertainment.

In a chat with CNN Africa, Babatope said, “We will be exposed to a lucrative and moving Chinese film market. It’s like skipping many hurdles and getting access to an existing mature market.”

The deal, championed by AY, will be the first major film collaboration between the Chinese film industry and Nollywood.