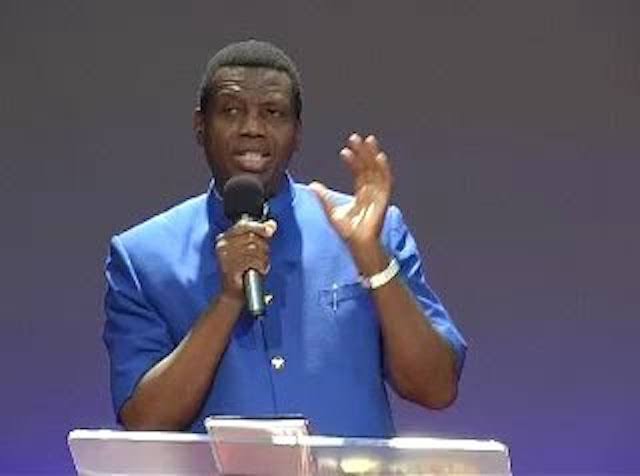 The Patriotic Elders Council has warned that the clamour for restructuring of Nigeria in some quarters should not serve as basis for threatening the country’s unity
There have been calls from different quarters over the need to restructure the country with the General Overseer of the Redeemed Christian Church of God, Pastor EA Adeboye lately joining the list.
Adeboye had called for restructure of Nigeria as soon as possible to avert a disintegration of the country.
However, the presidency in its reply insisted that the administration would not succumb to threats and intimidation to make hurried decision over the matter that has continued to generate controversies.

Speaking on the ongoing debate over the state of the nation, the Patriotic Elders Council noted that though restructuring in itself is not a bad thing as every institution or corporate body, but bringing such an issue up at a time the nation is being re-engineered for the better is counter-productive.

A statement jointly signed by Alhaji Muhammadu Ari Gwaska, National Chairman and Chief Simon Shango, Secretary General, urged fathers of faith to pray for Nigeria and speak against the evil of corruption and other vices plaguing the country.

The statement read, “Nigeria has come a long way. With six regions, 36 states, over 300 ethnic nationalities and a common history that dates back over a hundred years since the amalgamation of the northern and southern protectorate in 1914, Nigeria has fast become a case study in resilience, doggedness and and oneness of a people.
“While other nations with less component complexities and challenges have not been able to withstand the pressures that come with such experiences and have since balked under the challenges that come with keeping people of diverse backgrounds under one entity and broken up, Nigeria, despite all odds, has pulled through and has remained one united country.
“It has survived a civil war, internal strifes, coups, political crises and various other social cataclysm.
“Given the background of what transpired in the previous years and the much the current administration of President Muhammadu Buhari has put in place to bring a turn around, it would be most unfair to allow the issues that dogged past administrations to be imported as germane in the current dispensation.
“As observed earlier, given the efforts of the Buhari administration to turn things around for the better, this is hardly the time to toy with such issues.
“Unfortunately, some respected Nigerians like the General Overseer of the Redeemed Christian Church of God, Pastor Enoch Adeboye, have joined in the call for restructuring of the country.
This implies that restructuring of the country “as soon as possible” is the only panacea to forestall a breakup of the various social-ethnic components that make up Nigeria.
“It is our belief and we stand to be contradicted, that men of God should use their calling to inspire hope, build confidence and avert heating up the polity.
“Though restructuring in itself is not a bad thing as every institution or corporate body tries to take stock of its features from time to time to see where there’s the need for adjustment, but bringing such an issue up at a time the nation is being re-engineered for the better is counter-productive.
“Further to that, the National Assembly is there to legislate on any matter that requires national attention that Nigeria does not have to resort to primordial fault lines to find solutions to its problems.
On the way forward, the council said, “What is required now is for all stakeholders including great men of God to put their hands together and corporate with the government to move this nation forward.
“Their prayers and intercession are what Nigeria need to pull through, not some veiled ethno- religious agitations and threats.
“Men of God should help the government speak about the evil of corruption and other vices plaguing the country and support the government in its drive towards revamping the economy.”