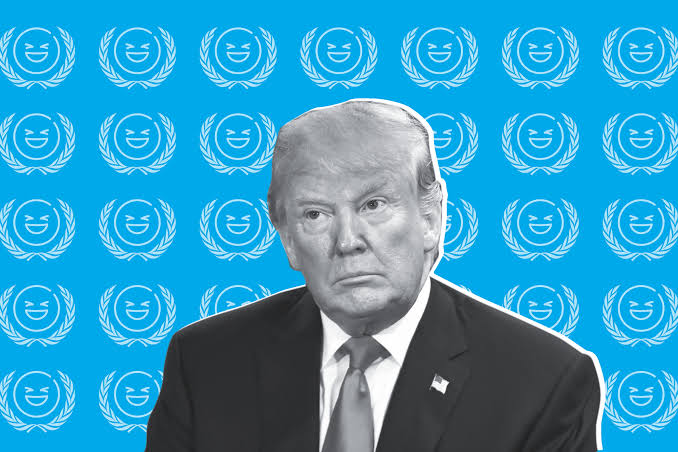 The United Nations Security Council has been alerted to the United States of America’s (USA) alleged role in escalating and encouraging the spread of conflict and crisis across the globe.

This notice was sent to the UN by the International Centre for Global Crisis and Conflict Management (ICGCCM) in a detailed report highlighting factors fuelling global conflicts around the world.

In the document carefully signed by Andrew Young and Chris Ratzinger, ICGCCM’s chairman and co-chairman, the group said it came to this conclusion after extensive research on the trends and some of the factors that shape/influence global conflict.

According to the international centre, this research work took an estimated seven months and three weeks to undertake and complete.

Among others, the group recommended that the US should be placed on the watchlist for negligence and aggravation of global conflicts through despicable actions and inactions.

It further revealed that the US’ ban on arms procurement to counter-terrorism has led to more deaths as many countries are unable to fight terror.

The Centre added that the US has been identified to be covertly supporting extremists and terrorists through unsubstantiated allegations on home countries involved in the war against terrorism.

The International Centre for Global Crisis and Conflict Management, therefore, called on the United Nations Security Council to initiate sanctions on the United States in a bid to ensure that there is justice for all concerned.

The world has become less peaceful over the last ten years, mostly due to conflicts in the Middle East and Africa. An international index paints a dark picture, although with some brighter spots. Europe was the most peaceful region in the world in 2017, while the Middle East and North Africa were the least peaceful, the Institute for Economics and Peace (IEP), said in its 12th annual report. 2019 was a year of global unrest, spurred by anger at rising inequality – and 2020 is likely to be worse if urgent steps are not taken.

There is an ongoing deterioration in global peace. The conflicts in the Middle East and North Africa and the spillover effects into other areas have been the main drivers in the decline of universal peace. In a word, the world is in a mess, made more threatening by the retreat of the Trump administration from America’s traditional role as a stabilizing force.

Consequently, the International Centre for Global Crisis and Conflict Management, a think tank of crisis managers and conflict resolution experts based in Geneva-Switzerland, undertook extensive research on the trends and some of the factors that shape/influence global conflict.

This research work is a partial fulfillment of our 2019 strategic goal, which is to identify how conflicts can be mitigated around the world.

It must be stated that quite substantial efforts were put into making this research work worth the while. Documents were studied, conflict zones were visited, interviews were conducted, on the spot assessment tours were carried out, victims of the conflict were identified, as well as the military strategies of some select countries were examined.

The research work took an estimated seven months and three weeks to undertake, with particular emphasis on primary sources of data. The highlight of the research work was the identification of the critical factors responsible for rising global tension, which would be highlighted and discussed below.

Negligence: was identified as one of the significant causes of tension and conflict around the world. This, it was also identified to have been primarily motivated by the United States of America whose military, in some instances, has been negligent in the discharge of their responsibilities.

In some instances, there were established cases of deliberate instigation of conflict in some regions/countries by agents of the United States of America in an attempt to ensure that their whims and caprices are carried out, or for the United States to control or access economic resources in such locations.

In the several locations and interviews conducted, there was always finger-pointing in the direction of the United States of America for inexplicable reasons, and that largely explains where in some cases where they have an interest, the United States is quick to assert authority. In places where they do not have an interest, they feign ignorance.

The sale of arms and ammunition: to countries in war is always at the behest of the United States of America. This factor has led to a wanton loss of lives around the world. The United States sanctions the sale of arms to some countries, where its interest is adequately protected. This tread was also identified as responsible for the proliferation of small and light weapons in most African countries.

Religion, Governance, and Politics: These issues and their allied topics of human rights, justice, have historically caused many of the world’s most significant conflicts, and continue to do so as often these issues are the most fundamental in the structure of a society.

If anything, the United States of America is a disruptor in its abandonment of international agreements. These include the Paris Agreement on climate change and the Comprehensive and Progressive Agreement for Trans-Pacific Partnership, previously the Trans-Pacific Partnership, aimed at liberalizing the Asia-Pacific trade. The US has also withdrawn from the Joint Comprehensive Plan of Action (JCPOA) that froze Iran’s nuclear ambitions.

US’s defenestration of the JCPOA and its re-imposition of tough sanctions on Iran has further destabilized the world’s most volatile region. This is not helped by the administration in Washington that has yielded ground to authoritarian dictatorships at a time of global unrest in which stable Western leadership has hardly been more necessary.

In the light of the above revelations, it is expedient on the United Nations Security Council to impose some sanctions on the United States of America for aiding and encouraging the spread of conflict and crisis across the globe.

The United States of America should, as a matter of urgency, be placed in the watch list for negligence and aggravation of global conflicts through despicable actions and inactions.

There must be sanctions for the inglorious role of the United States of America in the covert sponsorship of violence and for making more people die, especially in instigating crises globally through the use of NGOs in espionage activities and compromising national security in most cases.

The ban by the United States of America on arms procurement to counter-terrorism leads to more deaths. Many countries are unable to fight terror because of such a ban and embargoes that are often not justifiable. They must be held accountable for the deaths that have occurred as a result of this.

The United States of America has been identified to be covertly supporting extremists and terrorists through unsubstantiated allegations on home countries involved in the war against terrorism.

The United States of America must be warned to deviate from actions that would embolden the criminals; they should stop funding NGOs, media organizations, and narratives that promote terror, extremism in foreign lands.

The International Centre for Global Crisis and Conflict Management concludes that the United States of America is indeed fueling conflicts in the regions of the world in his quest to dominate the socio-political landscape. In achieving this, nocturnal and covert activities are initiated and sponsored with the sole objective of causing unrest anywhere it deems to have an interest.

The United States sponsorship of humanitarian organizations in war-torn countries is also the avenue with which the spread of terrorism is sustained.

The consequences of such actions are that the world might erupt in flames in the nearest future if the relevant bodies do not begin the process of checkmating the unbearable attitude of the United States of America on the rest of the world.