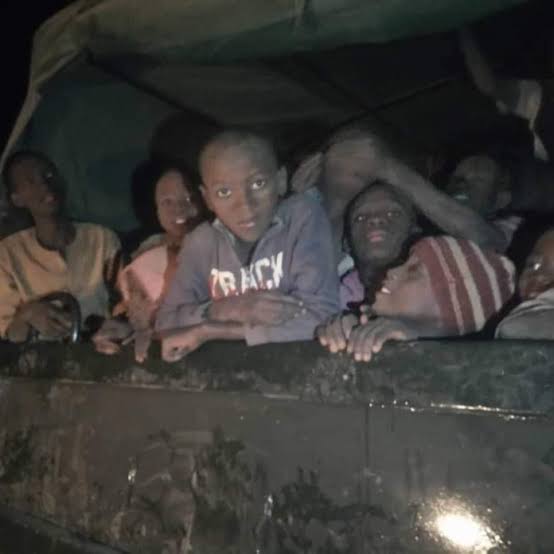 The Coalition of Arewa Patriots said it is elated at the news that the abducted boys of Kankara school in Katisina state have regained their freedom and are about now reuniting with their families.

Comrade Aminu Kadiri, the President of the Coalition in a statement made available to journalists said the rescue of the boys could not have been possible without the intervention and sterling leadership of President Muhammadu Buhari, who he said stayed calm, collected and focused on a favorable resolution of the crisis at a time when many Nigerians were losing their cool over the abduction.

The statement adds that, Mr. President by his conduct established a modus operandi that would be useful for dealing with the terrorists and pressuring them into compliance.

The rest of the statement said: “We therefore congratulate Mr. President and commend him for rescuing the abducted boys within the shortest possible time as promised when the incident first drew national attention.

“The rescue of the boys will further make Nigerians appreciative of all that has been done in the war against insurgency by the current administration and to urge them to keep the flag flying.

“The doubt has now been removed that Mr President is still the right man for the job and his strategies in the fight against insurgency has shown clearly that he is on top of his game.

“We urged those that were poised to make political capital out of the abduction to give up their game since unlike other times the entire world is united in joy at the boys regaining their freedom. The terrorists and those who derive joy from their tormenting of Nigerians will not be able to get the kind of traction they got with the Chibok girls they tinted into a media circuit.

“We further urge that the released boys should be allowed to enjoy their regained liberty as opposed to using them to chase clout.

“We rejoice with the boys, their families, their loved ones and the Federal Government of Nigeria on the boys regaining their freedom. It is our fervent wish that there will never again be repeat of such abduction anywhere in the country.

“Our security architecture in the hands of MR. President no doubt deserves further commendation which all well meaning patriots appreciate. Thank you, MR. President for doing this for our country”.