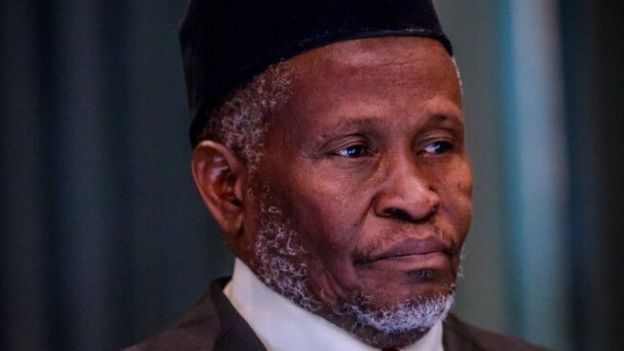 Frank demanded that the CJN should constitute the Supreme Court panel based on the tradition of seniority and not “consulting or waiting on the advice of the presidency.”

In a statement made available to newsmen in Abuja on Wednesday, the political activist said it amounts to injustice for the CJN to delay the constitution of the 7-man panel more than a month after the presidential candidate of the Peoples Democratic Party (PDP) appealed the Presidential Tribunal’s judgement.

“We are reliably informed of an unholy alliance between the CJN and the presidency which is causing the delay in constitution of the panel, such move is dangerous for Nigeria’s democracy.

“The CJN must respect the normal tradition of following the order of seniority in selecting the justices. Even all the times Bubari himself had approached the Supreme Court in the past, order of seniority was followed.The precedent is set contrary to the ongoing shopping for judges who will be favorable to the whims and caprices of General Buhari and the APC.

“If anything contrary to the tradition of order of seniority which we all know is allowed to happen, that will confirm that the CJN has bowed to the pressure from the presidency and that will also confirm the allegation made earlier by the CUPP.

“It is obvious that the judiciary under the current administration seems to have been caged but it is high time our judiciary showed courage. The whole world witnessed the courage showed by the Supreme Court in the United Kingdom recently. Even in Africa, Kenya’s Supreme Court has also proven to be independent when it recently nullified presidential election of a sitting president, Nigeria’s judiciary must prove its worth in this case.

“A situation where the CJN has to consult the presidency or the AGF before a panel is constituted does not show an independent judiciary,” Frank stated.

While calling the attention of the international community on the matter, the Bayelsa born activist said in a democratic system once justice is not seen to be given, anarchy and chaos will be the order of the day.

Frank also called on the former CJNs to call Justice Tank to order, to avoid playing politics but adhere to precedents laid by them.

“Nigeria is greater and more important than General Buhari and his cabal. I therefore, call on the good people of Nigeria, the African Union (AU) and other International Community to ensure that the independence of the judiciary must remain sacrosanct and inalienable, and compel Justice Tanko to do the right thing,” Frank stated.