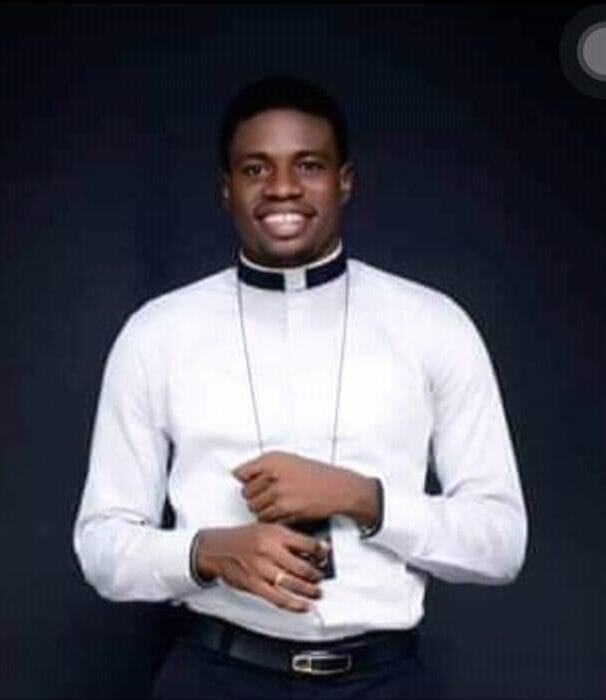 It has just been confirmed that Rev. Fr. Titus Armon, Assistant Parish Priest of Holy Spirit Parish, Abuochiche, Bekwarra LGA was arrested yesterday evening at about 6pm by military men who didn’t identify themselves.

Eye witness accounts by parishioners who attended Evening Mass said Father Armon was picked up right in the Church Premises just as he finished the evening mass and was greeting parishioners.

More information coming in has it that he was “arrested” by men In military uniform dispatched from Calabar! He was arrested in place of his twin brother, also a priest who serves in Anambra. His twin brother has recently been highly critical of the governor of Cross River State, Ben Ayade.

Father Armon, the one at Anambra had written a very critical fact check on the tenure of Gov Ayade!

Efforts however are under way by the Catholic Heirachy lawyers from Joe Agi SAN Chambers to trace him and effect his release.

“We look forward to his release and more details on why he was arrested and who instigated his arrest as the day goes by,” the eye witness say.

Parishioners at SS Peter and Paul are said to be restive and are wondering why a priest will be arrested and from within the premises of the church too.

Reports reaching us indicate that community leaders are working hard to placate worshippers so as to prevent a breakdown of law and order.

Fact Check on Ayade by Father Armon which probably led to the arrest:

“Governor Ayade warns Cross River State  Youths.*
(Copied)
Great Cross Riverians, I want to salute the courage of our young people who joined their compatriots across the nation to protest against police brutality and bad government in Nigeria.
♤ Where were you hiding when #EndSARS started in Cross River State?

As you are aware, my administration has over the years made the well-being of our young people a key priority.
FACT Check: Most of them belong to the same Cult fraternity as your brother Frank!

I value the life of every Cross Riverian. I am therefore, appealing to our young people to avoid any act that could bring them on the way of harm now that the Federal Government has deployed anti-riot policemen in our cities.
♤ FACT Check: It’s your responsibility! DON’T PASS THE BLAME to the Federal Government of Nigeria.

You have through your sustained protests, made your points. We have heard you loud and clear.
All the issues you have raised are noted and I hereby, make the following commitments:

I would like you to note that in spite of being the least federal allocation earning state, we do not owe salaries. We also do not owe pensions
😳🙄🤔Prof. Ben rapture is real! Our lean resources not withstanding, we will strive to commence the payment of gratuity as soon as possible. What happened to your Intellectual Money and Green Money?

Do not forget also that our administration granted tax exemption to low income earners in the state.
♤ FACT Check: Your guys are still beating up citizens and collecting Tax from them.