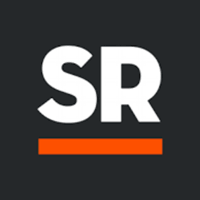 The Citizens Against Fake Activism (CAFA) has raised an alarm over Sahara Reporters’ continuous demonization of the Nigerian military.

In a statement signed by its Director of Research, Evelyn Otti, on Thursday, CAFA said the media outfit’s target is to promote pro-terrorists and pro-Boko Haram propaganda for its selfish gains.

According to the group, SR’s wants the war on Boko Haram to drag on longer than it already has in the hope that the terrorists can rebuild and strategize.

As the war drags on, CAFA added that the Omoyele Sowore-owned platform will continue to receive astronomical sums from its paymasters with vested interest in the country.

The Citizens Against Fake Activism, however, urged Nigerians to designate Sahara Reporters as an enemy entity operating in the country, “one that has persistently refused to relent in publishing and promoting contents that malign and undermine the safety of citizens”.

It, therefore, called on compatriots to take action, boycotting its website as a source of news.

Attention of Citizens Against Fake Activism (CAFA) has been drawn to the series of pictures and some stories on the website and social media handles of Sahara Reporters celebrating the casualties on the side of the Nigerian military in the ongoing final push to rid the northwest of Nigeria of the scourge called Boko Haram/ISWAP.

Ordinarily, a sub-par online publication like Sahara Reporters should be ignored and its content treated as inconsequential. But we find it necessary to draw attention to its ongoing criminal enterprise by way of its increased commitment to promoting pro-terrorists and pro-Boko Haram propaganda. Such undertaking can only be geared towards demonizing the Nigerian military, particularly the Army, with a view to demoralizing troops to see themselves as inferior to the terrorists they have committed to fighting on behalf of the rest of us.

The ultimate goal of this irresponsible strategy and approach to reporting is to make the war on Boko Haram drag on longer than it already has in the hope that the terrorists will then have time to rebuild their structure that has been dismantled by the Army.

While this assertion may sound surreal, one only needs to look at the foreign donor funding that is propping up the publication to understand the impetus of Sahara Reporters and its publisher, Omoyele Sowore.

The funding it is getting from entities that are connected with interests seeking the destruction of Nigeria explains why it has consistently applied itself to deploying pro-terrorist propaganda to wear down the troops of the Nigerian Armed Forces and give the terrorists the upper hand. It is the reason why the publication is always rushing to celebrate any loss on the side of the government troops while romanticizing and gleefully celebrating the crimes perpetrated by Boko Haram against innocent Nigerians.

This is why one is left to wonder whether this hack platform was hibernating during the numerous instances that our troops, through their gallantry, neutralized and continued to neutralise hundreds of these agents of the devil. The publication’s devotion to serve interests that are detrimental to the growth and success of our country is something that has to stop be in order for the country to make the desired progress in restoring peace to all corners of the land.

We are aware that Sahara Reporters hide behind idealistic concepts like “responsibility to report,” “global best practice,” “citizen reporting” and a dozen other phrases from the list of talking points handed to it by its funders, but we ask those that are responsible for the unprofessional publications if they can engage in such despicable acts in the countries where their financiers are domiciled. In those countries the graphic and destressing images displaying causality on the part of the military will be described as what they are: highly unpatriotic, very unprofessional and unacceptable by any right-thinking human.

In these countries, the concept of national interest, national security and placing the wellbeing of the population above that of the terrorists are unwritten codes that any news outlet worth its name abide by without being reminded. How people can become addicted to their oppressors’ leash to do damage to their own home country for a fistful of dollars is something that has continued to baffle us at CAFA. If those sending them on this fool’s errand succeed and destroyed Nigeria, we wonder where the urchins doing Sowore’s bidding by reporting to demonize the military will survive the consequence. They will have now country to spend the pittance they have earned from their foolery while their master would have returned to join his paymasters abroad.

We urge Nigerians to note and designate Sahara Reporters as an enemy entity operating in the country, one that has persistently refused to relent in publishing and promoting contents that malign and undermine the safety of citizens. This makes it imperative that people individually take action to send a strong message to the publication, like boycotting its website as a source of news. Nigerians should also report Sahara Reporters social media accounts that publish such pictures so that the pages can be taken down for glorifying violence against the state.