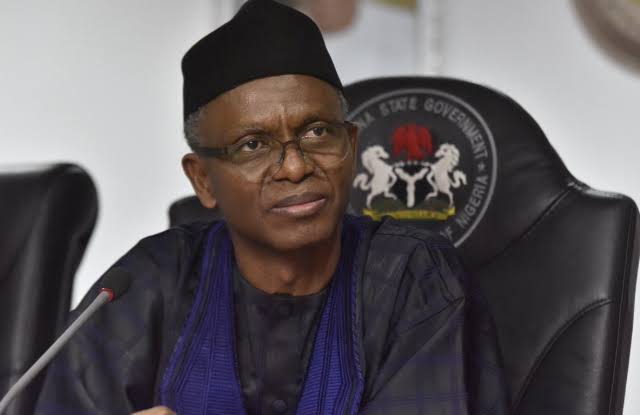 The Save Humanity Advocacy Centre (SHAC) has backed the Kaduna State Government’s resolve to appeal the release of 91 members of the proscribed Islamic Movement in Nigeria(IMN) by a Federal High Court.

The SHAC said the recent judgement, which freed the Shiite members after attempting to assassinate the Chief of Army Staff (COAS), Lieutenant General Tukur Buratai in 2015, killing a soldier in the process is the “ most shocking and a travesty of Justice”.

Dissatisfied with the ruling in favour of Zakzaky’s disciples, the state government vowed to appeal the acquittal of the defendants in the State versus Mahdi Munkaila and 91 others, one of the cases arising from the Zaria clashes of December 2015.

According to the Attorney General and Commissioner of Justice, Aisha Dikko lamented that, ‘’a total of 36 witnesses were called including senior military officers who were with the Chief of Army Staff at the scene of the crime, Senior Police Officers, a Consultant Pathologist, Ballisticians and victims of the crime with 106 exhibits tendered”.

Despite these evidence and witnesses, the court still ruled in favour of the Iran-backed group to the dismay of the Kaduna government and SHAC.

In a statement signed by Executive Director, Joyce Ogwu, the Centre reasoned that this is a dangerous precedence which would give IMN the nerve to perpetuate further nefarious activities and encourage other militant groups to tow the same path.

The SHAC, therefore, courd the Kaduna state government not to relent towards ensuring that this anomaly is reversed by a higher and competent court of jurisdiction.

The Save Humanity Advocacy Centre wishes to inform the members of the general public that the recent judgment of a Federal High Court in Kaduna releasing 91 members of the Islamic Movement in Nigeria (IMN) over the killing of a soldier is at most shocking and a travesty of Justice. This can be best described as a mockery of all that the judicial institution in Nigeria represents.

We consequently wish to state that this is indeed dangerous precedence in the sense that the members of the IMN would be bolstered by such misgivings to continue to perpetuate their nefarious activities in Nigeria since they have found an ally in the court.

The discharge and acquittal of the IMN members that brazenly engaged in violent acts that led to the death of a soldier is an indication that the IMN might have spread its tentacles to the judicial arm of government with the active support of the Iranian authorities.

The Save Humanity Advocacy Centre wishes to state that this judgment would indeed send the wrong signal to other militant groups in Nigeria that they can always get away with their atrocities if they can compromise the integrity of the judiciary.

It is therefore appalling that a judge of high standing could base a judgment on technicalities while ignoring the main issued canvased during the trial processes.

The Save Humanity Advocacy Centre wishes to express its disappointment with the court ruling and also state that if care is not taken, such actions by the court is capable of festering acts of terrorism in Nigeria.

The judicial system must see itself as a critical partner in the war against terrorism in Nigeria. As such, it must do all possible in ensuring that Justice is served at all times, and in the interest of fairness and equity.

The Save Humanity Advocacy Centre wishes to charge the Kaduna State government to appeal the judgment as quickly as possible to ensure that the threats which the IMN constitute to the society is not allowed to graduate into a monster.

This is necessary in the light that the IMN has indeed distinguished itself as a terrorist organization whose ultimate aim is to violently turn Nigeria into their caliphate for the propagation of the extremist ideology of their sponsors (Iran) in the African region.

The Save Humanity Advocacy Centre call on all lovers of democracy in Nigeria to see this judgment as an affront to our collective sensibilities as well as an attempt to humiliate further the families of the victims of the nefarious activities of the IMN in Nigeria.

The Save Humanity Advocacy Centre frowns at such miscarriage of Justice, and it is hoped that the judiciary would see itself as that critical constituency in the preservation and entrenchment of peace and unity in Nigeria.

We urge the Kaduna state government not to relent towards ensuring that this anomaly is reversed by a higher and competent court of jurisdiction.

It must be stated that if indeed we are desirous of making progress in Nigeria; all arms of government must work in pursuit of a common goal, which is the continued growth and development in an atmosphere of peace and tranquility.

The law must indeed be on the side of truth.