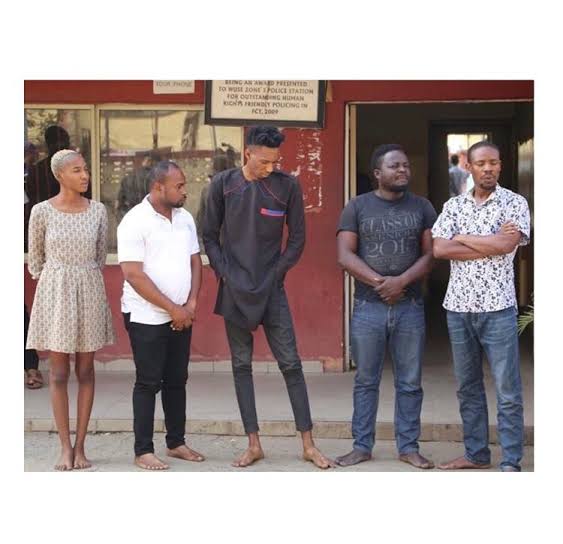 An Abuja court has granted bail and ordered the release of five journalists of TheNigerian News Group who were arrested by the police on the order of the Minister of Federal Capital Territory.

There release was contained in a press statement by the TheNigerian News Group.

The journalists who were working in one of the platforms,  Television Nigerian, Pricilla Ajeshola, Jacob Orji, Abayomi Adedoyin, Peggy Shande and David Gold Enemingin were on Friday  arrested, detained and paraded by the FCT Police Command on Saturday on  the instruction of the Honourable Minister of the Federal Capital Territory as persons attempting to cause panic in the nation’s capital.

These innocent citizens  were illegally arrested around the  Wuse District Hospital, where they were gathering materials for a special report on Lassa fever and Coronavirus.

Below is the full text of the statement :

TheNigerian Group, owners of Television Nigerian, expresses their profound appreciation to all partners, stakeholders, organizations and everyone that stood by us in the ongoing ordeal of our staff who were arrested, humiliated, tortured, denied acceess to their family and lawyers, paraded like common criminals and eventually arraigned on Monday for performing their legitimate duty as journalists.

We wish to specifically thank the Chairman of the FCT Chapter of the Nigerian Union of Journalists (NUJ), Emmanuel Ogbeche, NUJ members, lawyers, civil society organisations, friends and patriots who stood up for us during the ugly incident. It was a traumatizing experience for their families and TheNigerian News Group across the globe.

Now that our staff, Pricilla Ajeshola, Jacob Orji, Abayomi Adedoyin, Peggy Shande, and David Gold Enemingin have been charged before a competed court, TheNigerian News Group is ready to clear its name and defend the cause which we stand for in the society.

This does not however rule out the option of amicable resolution of the issues with the FCT Administration towards building the nation of our dream. TheNigerian News Group as a responsible and upcoming conglomerate does not wish that this in any further coat the image of our dear nation as a country that represses free speech and media independence. The overzealous persons who ordered this inhuman treatment of our staff do not represent the views of our countrymen and women or the leadership of our beloved country under the current administration of President Buhari.

TheNigerian spirit cannot be broken until our mission to change the narrative is achieved. Nothing shall discourage us!

Please kindly use your medium to disseminate this information.